Ronnie O’Sullivan: how to embrace moderation for success, health and happiness

Everything in moderation. It’s advice we’re all familiar with but according to snooker legend Ronnie O’Sullivan, mastering it might just be the key to health and happiness.

The five-time world champion has struggled with various addictions throughout his career, but by embracing moderation he has made a spectacular return to number one in the world – at an age when many players are past their prime.

In the Don’t Tell Me the Score podcast, Ronnie talks to Simon Mundie about how exercising restraint in all areas of life has extended his career and left him feeling healthier and happier in body and mind. 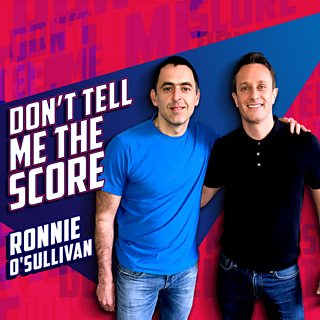 Ronnie talks to Simon Mundie about his career and the art of moderation. Listen to the interview

For Ronnie, success is being the best version of himself he can be – and embracing moderation is his secret weapon. Here are some of the lessons he has learnt during his long career...

The healthier the relationships you have, the better your life will be.
Ronnie O’Sullivan

1. Make time for your relationships

Ronnie admits that when he’s immersed in snooker he can get tunnel vision and start to neglect the people he cares about. It’s important to find a balance in life, says the world number one.

“Human relationships are very important, and probably more important than anything you’ll ever do,” Ronnie says. “The healthier the relationships you have, the better your life will be.”

2. Stop worrying about disappointing others

Ronnie’s desire to win led to an unhealthy relationship with snooker when he was growing up: “Playing, competing and enjoying wasn’t enough. I had to win.”

Sometimes this quest for success came from a need to please others. His father going away heaped a lot of pressure on him. “I didn’t want him to feel responsible if my career didn’t develop the way he thought it was going to,” says Ronnie. But preventing his dad from feeling that blame was a lot to take on. “Sometimes you think: I’m just doing everything for the wrong reasons,” he says. It shouldn’t be about trying to please other people.

3. Know when to take a break

Ronnie won his first world title in 2001, but behind the scenes things were far from rosy. “The day the tournament started I was on the phone to the Samaritans, having panic attacks,” he says. 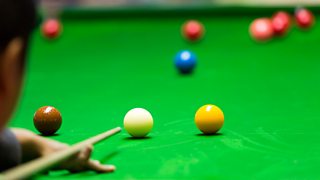 “I’d had my best snooker season ever; I’d won six out of 11 events…. If you were to base success on external things, it was the most successful season any snooker player had had.” But Ronnie’s anxiety was so bad he needed medication to control it. “I just felt in a pure state of panic.”

It was only when he took a break from snooker that Ronnie was able to feel like himself again: “That fear and that anxiety just disappeared.”

Now, says Ronnie, “I kind of recognise what I can and can’t do.” He likens himself to a racehorse: “If you keep racing him every day, at some point he’s going to get sick of racing and he’s going to come last.”

4. Keep a diary so you have a record of when you’ve taken on too much

The snooker player has learnt to record his ups and downs in a diary so he can learn from them. “I can look back on it and think, 'what did I do here?'”

Ronnie says his diary helps him spot possible causes for any drop in performance. He might see that he took too much on or didn’t spend enough time at home with his partner and children.

“If I try and do four or five weeks of competing with the best snooker players in the world, going from hotel room to hotel room, I start to neglect myself,” says Ronnie. By taking some time away to cook his own meals at home and recharge he’s ready to go again. 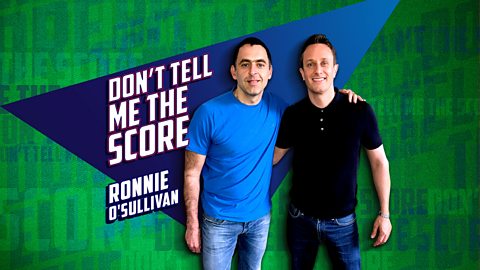 What advice would Ronnie O'Sullivan give to his younger self?

Snooker's world number one talks to Simon Mundie about the importance of moderation.

Running has been a big part of Ronnie’s life. The sport has helped him with his mental health, and he puts his 10km personal best down as his biggest achievement – even ahead of his five snooker World Championship titles.

But he’s learnt that you don’t have to go hard at it every day. “I used to think I had to run hard every day to become better,” says Ronnie, “but I got a good coach and he would only let me run hard twice a week. The rest of it had to be steady running. And I started running my best times.”

He began to apply the same principle to his snooker, playing just three or four days a week, sometimes for just an hour and a half. These recovery days were crucial for preparing him for the longer training days: “When I had a hard session, I was ready.”

The snooker player’s relationship with food hasn’t always been a healthy one. Earlier in his career he would eat well and train for a month in the lead up to a tournament, but then for the next few weeks he would binge on food, on booze and on going out.

These days, he has a much more balanced approach to diet. “Portion size is very important,” says Ronnie. “Whereas I was eating three avocados a day, really I should have only had a half.”

“I now know what a portion size should be for someone like me,” says Ronnie. When he is served a very large plate of food, he cuts it up to the size he needs and leaves the rest. “I don’t buy into ‘because it’s on my plate I need to eat it.’”

“I didn’t realise how fattening oil was,” says Ronnie. “Oil is a good thing – olive oil, argan oil, coconut oil – but taken in the right amounts.”

He now recognises how important the preparation and cooking of food is for his health. It’s learning to cook in different ways, says the player, and making different choices when you’re eating out.

Even moderation should be exercised in moderation says Ronnie. For example, now he has discovered how to eat well, and he’s not scared that he’ll put weight on when he isn’t active, he’s stopped training so much. But, he says, “I know how good I feel when I exercise or train or do some sort of physical activity.” So he finds a way to exercise every day: it might be helping his mum tidy up the house, lifting boxes or emptying the garage.

Ultimately, moderation is only good if it’s not about finding a shortcut, says the world number one. “I don’t believe in shortcuts. I don’t believe there’s a quick way to success.”