Sarah Hall, prize-winning novelist and short story writer, has been shortlisted for the BBC National Short Story Award with Cambridge University for the third time for "Sudden Traveller". She won the award in 2013 for "Mrs Fox" and was shortlisted for the first time in 2010 for "Butcher’s Perfume". Both stories appeared in her debut collection, The Beautiful Indifference.

Hall is joined on the shortlist by composer and debut novelist Kerry Andrew for "To Belong To", Commonwealth Short Story Prize winner and debut novelist Ingrid Persaud for "The Sweet Sop", rising talent Kiare Ladner for "Van Rensburg’s Card" and creative writing lecturer and novelist Nell Stevens for "The Minutes". The shortlist of five stories was announced on Friday 14 September 2018, during BBC Radio 4’s Front Row.

Selected from nearly 800 entries (an increase of 28% on 2017), this year’s shortlist is the fifth all-female shortlist in the BBC National Short Story Award’s history. The shortlist is:

Now celebrating its thirteenth year, the Award is one of the most prestigious for a single short story, with the winning author receiving £15,000, and the four further shortlisted authors £600 each. The stories are also broadcast on air and the writers interviewed on Front Row, as part of BBC Radio 4’s short story season in September.

Simple acts of kindness and the meaning of home and community are key themes this year. Resilience and the impact of the political on the personal underpin a list unified by the power of each character’s voice to convey experience both private and universal. Loss, whether of life or community, and renewal are central themes with many of the stories inspired by world events: Brexit, immigration and urban gentrification. Diverse in tone and setting, whether it be Kerry Andrew’s remote Scottish Isle, Ingrid Persaud’s Trinidad, Kiare Ladner’s South African shopping mall or Nell Steven’s South London housing estate – this year’s shortlist is a powerful meditation on a world where displacement and loss are paramount but where renewal and hope are infinite.

From the gently unfurling landscape of a man’s renewal as he moves from suicidal despair to new hope saved by the beauty of the land and sea and the community that embraces him in Kerry Andrew’s "To Belong To"; to the experimental form of the pretentious world of hapless art student activists as they protest the demolition of a South London tower block with art in ‘The Minutes’ by Nell Stevens; to the unique voice of Ingrid Persaud’s "The Sweet Sop" where the parent/child relationship is inverted as a young Trinidadian man is united with his absent father via the power of chocolate; to the haunting and tender evocation of loss as Sarah Hall creates a complete world in a moment as a woman nurses her child while her father and brother clear the cemetery ready to bury her mother in "Sudden Traveller"; to Kiare Ladner’s "Van Rensburg’s Card", the poignant story of a grumpy widow, fuelled by sadness and loneliness who discovers a way back to life and an acceptance of the inevitability of change via a condolence card sent 18 months before – these are beautifully told stories that show what it is to be human amidst the politics of our age and artfully reveal the power of the short story to convey a world in just a few pages.

Stig Abell, Editor of the TLS and Chair of Judges for the BBC National Short Story Award 2018, says: 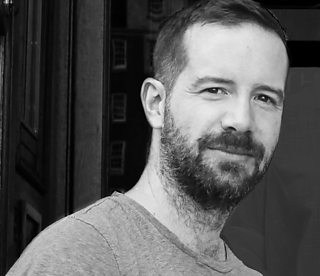 “We spent a long, hot summer immersed in stories, and then many happy hours debating their merits. My fellow judges were fierce and forensic in their reading, and we ended up with a shortlist of tales that – I think – are arresting, moving and sometimes surprising. It was a pleasure to bear witness to this talent.” 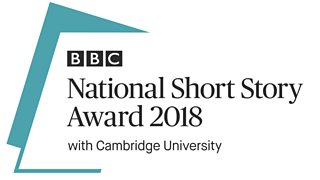 The BBC National Short Story Award with Cambridge University was established to raise the profile of the short form and this year’s shortlist join distinguished alumni such as Zadie Smith, Lionel Shriver, Rose Tremain, William Trevor, Jonathan Buckley and Mark Haddon. As well as rewarding the most renowned short story writers, the Award has raised the profile of new writers including K J Orr, Julian Gough, Cynan Jones, Clare Wigfall and Lisa Blower.

Di Speirs, Editor of Books at BBC Radio and award judge since its launch says: 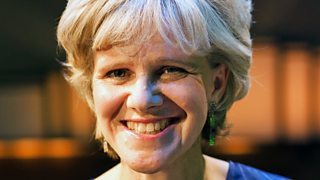 “While many of this year’s record number of entries tackled pressing issues head on, the stories that rose to the top all approach modern life and loss more tangentially and are unified by their humanity and compassion. The kindness of strangers and the need to ‘only connect’ are central tenets set against a sometimes fractured world and I defy listeners not to be both moved and amused by beautifully drawn characters and stories that will linger in the mind.”

“The Centre for Creative Writing at the University of Cambridge’s Institute of Continuing Education, which helps adults of all ages and backgrounds develop their creative writing skills, congratulates the five talented writers shortlisted for this year’s BBC National Short Story Award. Many of our students will be fascinated to read and listen to the stories. Cambridge University has a strong tradition of supporting and nurturing literary talent and we’re very much looking forward to hosting the awards ceremony here in October.” 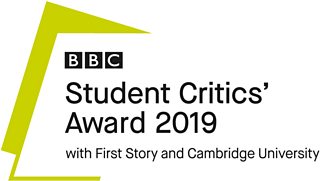 Alongside this year’s BBC National Short Story Award with Cambridge University a new initiative, the BBC Student Critics’ Award with First Story and Cambridge University (SCA), will see 16 – 18 year olds from 40 schools across the UK from Edinburgh to Devon, and Hull to Bangor, reading, discussing and critiquing the five shortlisted NSSA stories in advance of the winner’s announcement.

“First Story is proud to support the Student Critics’ Award, a fantastic initiative that brings the short story form to a new generation of readers. We are delighted that A-level students from diverse regions across the UK will develop their critical skills by reading, listening and responding to the powerful and moving stories that fill the National Short Story Award shortlist this year.” 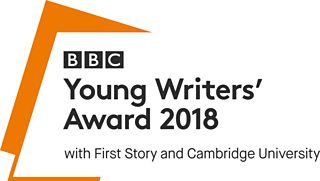 The BBC will also continue to celebrate young, emerging talent with the fourth BBC Young Writers’ Award with First Story and Cambridge University shortlist announced on Sunday 23 September. Open to 14 – 18-year-olds, the aim of this Award is to inspire and encourage the next generation of short story writers and is a cross-network collaboration between BBC Radio 4 and Radio 1. The winner of the BBC Young Writers’ Award will also be announced on 2 October on Front Row.