The solo indie developers who changed the world of gaming

It’s no secret that indie games have taken the industry by storm over the last ten years. What was once an exclusive scene is now infiltrated by independent developers. Against all odds, they have overcome the obstacle of commercial pressure by putting their own time, skill and money into their dream projects.

However, several individuals bore the cross of this indie game revolution. In fact, some of the decade’s most revered titles have been the product of one person. Well, one person, plus a computer and an ocean’s worth of coffee. 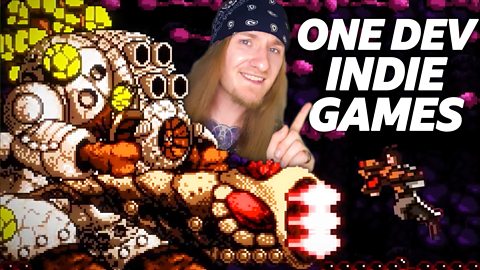 The Incredible Games Developed By Just One Person

Andy looks into how going it alone has taken gaming into exciting new territories.

Plenty of these so-called “one dev” creations have garnered a cult following. However, two stand out when measuring sheer influence: Daisuke "Pixel" Amaya’s Cave Story and Jonathan Blow’s Braid.

The former is praised for reigniting interest in the platforming and Metroidvania styles. Put simply, Metroidvania is a style of game where you roam a large world, slowly unlocking more and more parts of the game. In this side scroller set-up, each advancement empowers your character with new skills or weapons.

Braid is often seen as a deconstruction of video gaming as we know it. It pulls apart typical puzzle-platformer tropes and uses them to frame a philosophical narrative. 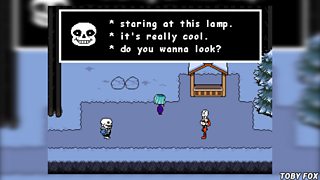 A huge catalyst in this bedroom developer boom was the advent of game-making software and the social internet. It sparked an upsurge in wannabe game developers. I must admit, even some of my teenage years were spent entrenched in the RPG developer community. And that community was populated by many lone creatives with such raw talent. This period undoubtedly led to my love of indies today.

“One dev” hasn’t solely been based around nostalgic recreation of yesteryear. It has freed game development from the shackles of outside influence, driving innovative new means of storytelling. 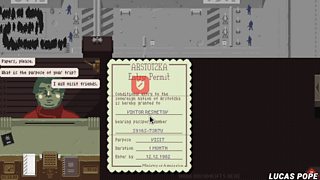 Lucas Pope’s Papers, Please, for instance, has you play the part of a Soviet-esque border guard, approving or denying potential entrants depending on an ever-changing list of security laws.

Similarly, Sam Barlow’s Her Story is as much an interactive film as it is a puzzle game. It has you review police interviews with a woman to piece together the events that led her interrogation.

Her Story shifted 100,000 copies in its first month and scooped so many awards the developer would’ve needed a bigger mantelpiece. The fact that a game like this could resonate with audiences on a huge scale proves that the safe, cyclical and all too often cynical nature of AAA products doesn’t always hold a monopoly.

Certain indie titles have even become so popular that they have transcended the original game. 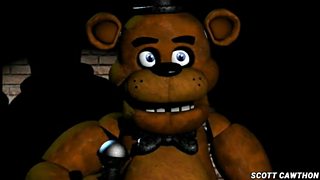 Pop into any high-street entertainment store and you’re likely to find merchandise from the Five Nights at Freddy’s series. Toys, books, mugs… you name it. I even clocked a Freddy Fazbear in a claw machine at a rural service station last summer.

This hugely popular survival horror franchise is also the product of a one-man game making machine: Scott Cawthon. However, the game’s origins are somewhat random. The story goes that Cawthon created Five Nights at Freddy’s in response to people finding the animal characters from a kid’s game he made, Chipper & Sons Lumber Co., unintentionally terrifying.

Jason Roberts, the creator of artsy puzzler Gorogoa, is another phenomenon. 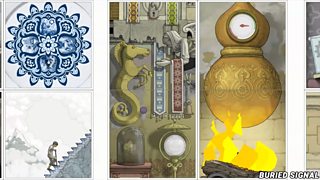 After sinking his retirement savings into game development, Roberts described his journey into “one dev” gamble as a “yo-yo between too much confidence and panic”. And this “yo-yo” lifestyle appears to be the experience of many solo developers who seem to be addicted to the thrill of the chase, even if it means there is no time for anything else.

The seemingly impenetrable gaming industry of old has become widely accessible after an influx of information and resources made their way to the masses. It has turned the tide to the point that not just indie teams can thrive but one person, working on their own, holds the power to make the world take notice.

All it takes is a bit of know-how, creativity and, to quote Undertale, determination.