Could you be a muse? (A musing on the modern muse)

There’s no 'Muse' category on Linked-In but it’s certainly a varied career. It’s a fascinating idea that simply by being ‘you’, you can inspire others to creative heights.

If you think your looks, presence or spirit could help define an artist’s career, then read on and see if you could make the cut.

If an artist is going to endow you with his/her confidences and contacts, they need to know you’re not going to go trotting off to Heat with a story. 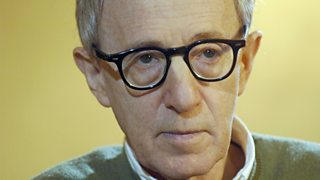 Woody Allen, a man of many muses

Ines de la Fressange, who became Karl Lagerfeld’s muse, had a gigantic row with him after she agreed to model for the bust of Marianne, the symbol of the French republic. Although he referred to the argument, she never did.

Kathy Chitty, Paul Simon’s muse and the woman for whom he wrote Kathy’s Song and Homeward Bound has never spoken about her relationship with him.

Muses need to hold themselves slightly aloof from the artist. Some psychologists believe that the male need for a muse is fundamentally because they need to be in a 'mating' frame of mind.

Woody Allen, for instance, has had many muses, including Diane Keaton, with whom he’s gone on to have relationships.

The ambiguity of artist Frida Kahlo’s relationship with her muse Diego Rivera’s was reflected in her enigmatic portraits of him; their relationship endured miscarriage, mutual infidelity, divorce and re-marriage.

If so, being a muse is probably not for you. Although it might seem the ideal occupation for the self-centred, history shows us that we end up knowing a great deal more about the artist and the muse’s effect on them than the muse themselves.

Fanny Brawne, for instance, held John Keats in thrall and drove him to write some of his most beautiful poetry, including La Belle Dame Sans Merci.

Although no beauty, he transfigured her to become its personification. Some may say that is true love; others that it illustrates the artist’s inability to see anything other than his or her own needs.

4. Will your influence remain?

Longevity is key for muse-ship. One of the sweetest muse/artist pairings was Noel Coward and Gertrude Lawrence. She starred in countless Coward productions and was one of his greatest friends. 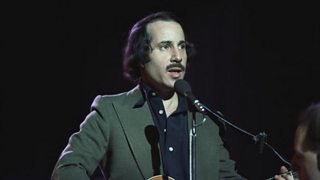 Paul Simon, who wrote a song about his muse, Kathleen Mary (Kathy)

Sometimes a muse’s influence is eternal. The Mona Lisa has remained enigmatic and intriguing after hundreds of years. All we know of Lisa Gherardini was that she was the wife of a Florentine cloth merchant, was painted in 1503 by Da Vinci and spent her final years in a convent.

5. Do you have a definitive style?

It’s a contentious point, this. Does the muse’s style attract the artist or does the artist define the muse?

Daphne Guinness, the eccentric aristocrat who inspired the tragic Alexander McQueen, began her ascent into muse-dom after her divorce - the hair got wilder, the clothes more outre.

Similarly, Ines de la Fressange was already a model when she connected with Lagerfeld. Andy Warhol’s troubled muse Edie Sedgewick’s looks were already extraordinary before she began ruling The Factory with Warhol.

6. Can you provide a stable base?

Artist Berthe Morisot, who was in love with the married Edouard Manet for years, married his brother, Eugene Manet, who was also a painter, and settled down to domestic bliss. She used Eugene as her model and inspiration.

Paul Simon describes his romance with his muse Kathy as the "most peaceful" time in his life.

So does being a muse still appeal? If so, get ready to be discovered. Hang around the Royal College of Art, St Martin’s... but don’t forget to work on your own career while you’re waiting for some-one else to use you to boost theirs.