I grew up in an apocalypse cult

Flor Edwards was born and raised in The Children of God, a religious organisation founded by a controversial figure called Father David. The group, which former members have branded an apocalyptic cult, was founded in California in the late 1960s – but in 1985, when Flor was four years old, they relocated to Thailand.

Flor tells her story in an episode of Radio 3’s Sunday Feature: Apocalypse How.

I was born and raised in a apocalyptic cult that was known as The Children of God. They were living in preparation for the apocalypse, which was predicted for 1993.

Our days were strictly regimented. From the time we woke up to the time we went to bed, we were constantly watched. We weren’t allowed to do any of the normal things that you would expect for childhood.

I wasn’t allowed to read, to watch movies, to listen to music or to talk to anyone outside the cult. But for my childhood, this was normal.

Flor and her twin sister were told from a young age that the world would end when they were 12.

I don’t remember the exact moment I processed that the end of the world was coming, but from the time I was five, the year 1993 was always in the background. 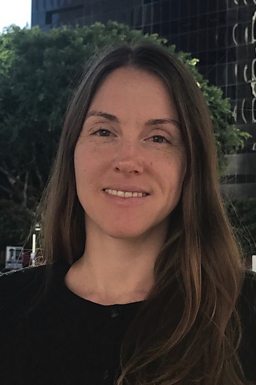 Father David had a very distinct timeline for how this ending would happen. He didn’t have a date, but we had this specific year. Throughout my childhood, he always was looking out for what he called “the signs of the times”: different things that would lead up to the End Time.

I would pray almost every night that I would just be shot, because I figured that was the least painful way to die

The first sign was the appearance of the Antichrist.

Father David never fully identified one Antichrist, but everyone was a potential candidate. Russian leaders were his top picks – I remember pictures of Yeltsin and Gorbachev.

He said that the Antichrist would rise to power, create a seven-year contract for peace and then break it halfway through. So after three and a half years would come “the great tribulation” – absolute chaos – and then after that Jesus would come back and everyone who was saved would go to heaven.

The Children of God were certain about when the world would end, but they weren’t clear about how everyone would die.

I was really terrified of death as a child. We were taught we’d be martyrs: I would pray almost every night that I would just be shot, because I figured that was the least painful way to die.

Because we were doing such a good job, God was going to give us an extension

As the year approached, it was sort of clear that either Father David’s prediction was off, or that it wouldn’t happen. But he kept on pushing the date up a little bit. One of his justifications for why the world didn’t end was that because we were doing such a good job, God was going to give us an extension.

As he never found the Antichrist, I think some of the adults knew that it wasn’t going to happen. I don’t remember a particular day when we all got together and said: “Hey, you know, things aren’t happening the way Father David predicted”.

What did happen was that he had a big revelation for everyone to move back to the West. I think that was his way of creating a distraction – so instead of focusing on the end of the world, we were now focusing on a whole different part of the world.

One of the hardest parts of growing up in a cult is leaving.

It’s an interesting childhood to have lived, for sure, but I always tell people it wasn’t so much growing up in the cult that was difficult, it was actually coming out into the world.

People who join groups like ISIS are not evil people, they are desperate people

If you look at the state of the world right now, we’re in some really trying times. The Children of God would never have formed if it weren’t for people who were desperate for something. For answers.

Modern unrest is a fertile breeding ground for new cults.

I think we are definitely seeing more of it with the rise of radical extremism. When I see this on the news, I see too many similarities. It becomes startling for me.

Young kids who leave their homes to join a group like ISIS are not coming from evil intentions. They are not evil people, they are desperate people.

They want answers, they want a sense of belonging. Because what cults do is connect a person to themselves, to a higher purpose, to a community and to nature.

Flor Edwards spoke to Eleanor Barraclough in Apocalypse How, a documentary focusing on less familiar visions of the world's end. Listen to the episode in full online via the Radio 3 website.