Six things you didn't know we're running out of

Cynan Jones's electrifying series Stillicide is set in a near-future Britain where water shortages have pushed society to the brink of collapse.

Shortages are something we’re starting to feel a growing, uneasy awareness of. You've probably heard about the increasing scarcity of water, oil and honeybees, but there are more resources we’re running short on, or simply mismanaging out of existence, and they affect every area of our lives. Here are six you might not know about.

As of 2019, there are around 500,000 objects orbiting the Earth. Only about 2,000 of them are actually functional – satellites that we use daily for communications, GPS and watching our favourite shows. The rest are debris from rocket launches and previous collisions of orbital objects.

Objects colliding in orbit risk damaging the networks we need for our phones to connect.

The problem? That 500,000 figure covers only the objects that are actively being tracked, and new ones are being launched every day. As technology improves, it’s becoming easier and easier to introduce something into orbit.

While that’s generally good news for us as a species, there’s no air traffic control for all of these objects hurtling around above the planet, and as yet no system to clear up the useless and left-over items – the ones cluttering up near-Earth orbit. As things get busier, the risk of these objects colliding and causing very real damage to the networks we need for our maps to work, our phones to connect and our weather tracking systems to function becomes higher. While the race is on to find a solution to this problem, we don’t currently have one. 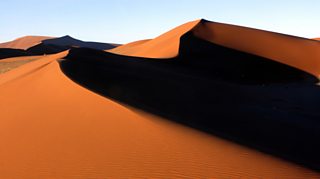 We're using sand faster than nature can renew it.

You may be thinking this is where we need to draw the line – how could we possibly run out of sand when we have beaches and deserts full of it? However the truth is that sand is one of the most extracted solid materials in the world – along with gravel – and we are using it up at a much faster rate than it can naturally renew, according to the UN.

Taking thousands of years to form through erosion, sand is utilised daily on a grand scale in construction, land reclamation, water filtration and even to make the glass in your windows and mobile phone.

As sand loss threatens fragile ecosystems, there have been calls for global monitoring to regulate our increasing use of this surprisingly tenuous resource. 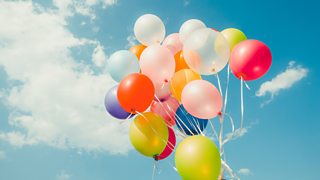 Not just balloons: Helium is essential for use in medical imaging equipment.

It might be time to feel a little more guilty when you let that party balloon float away into the atmosphere. Helium gas is also a finite resource, extracted from deep underground, and we are now looking at mere decades remaining in our supply. Some estimates expect shortages to kick in within 30 to 50 years.

While this might just sound like it’ll dampen the mood at children’s birthday parties, helium has an essential medical use – cooling the magnets that allow MRI scanners to function. These have revolutionised the diagnosis and treatment of cancer, and brain and spinal cord injuries.

Our not so distant future dystopia may be sorely lacking in smoothies! The majority of the bananas currently grown for sale commercially are threatened by a fungus called Panama disease.

Most of the bananas we eat are a variety called the Cavendish, and are directly descended from one plant. As they are all clones, Panama disease has the potential to spread quickly through the banana plant population. It has actually done this before; in the 1950s the same disease nearly wiped out the world’s crop, causing growers to switch from the Gros Michel to the Cavendish.

Researchers are working to develop new varieties that are resistant to the fungus but still tasty to eat. 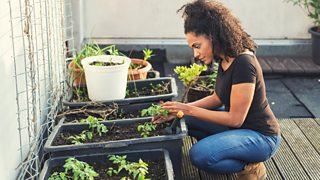 Topsoil and phosphorus: Both neccessary for the growing of food.

While our global supply of soil isn’t going to wander off-world, we have mismanaged it to the point of concern. Topsoil is the outermost layer of soil, from which plants obtain most of their vital nutrients. And the WWF estimates that around half of the world’s topsoil has been lost in the last 150 years, yet it may take up to 500 years for 1 inch of soil to form naturally.

Erosion, intensive farming, deforestation and global warming are all thought to be contributing to the loss of topsoil, on which the vast majority of global food production depends.

You may not be able to strike a match in the not too distant future, if our finite resources of this element run out. At first glance, phosphorus probably doesn’t sound like it features much in your daily life. But it is not only biologically vital to the structure of human DNA, it also forms an essential agricultural fertiliser that has no known substitute.

Instead of being returned to the soil it came from through plant and animal waste, phosphorus now most often travels to cities in crops and eventually ends up washed out to sea by our sewage systems. With things progressing as they are, estimates for how long our current mined sources of phosphorus will last range from 35 to 400 years – after which we may find ourselves feeling quite hungry. 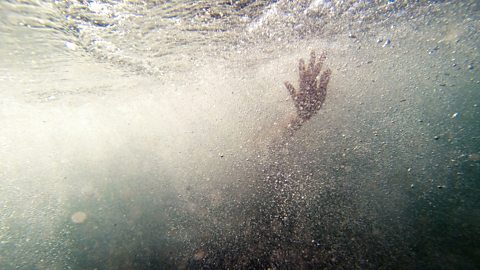 "There's no need for it to pointlessly die."