In 2017, free solo climber Alex Honnold completed a challenge that has been described as one of the greatest athletic feats of any kind, ever. He scaled El Capitan in Yosemite National Park – a 3000-foot vertical expanse of rock – without ropes or safety equipment.

More than half a mile high, “El Cap” is higher than the world’s tallest skyscraper, and more than twice as tall as the Empire State Building. This remarkable achievement is the subject of the Oscar-winning documentary, Free Solo.

In Don’t Tell Me the Score, Simon Mundie sits down with the climbing legend to discuss fear and how to overcome it. 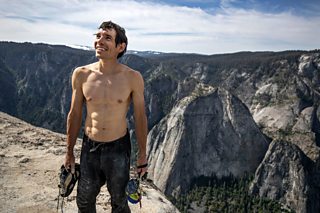 The free solo climber talks to Simon Mundie about overcoming fear. Listen to the interview

Talking about “overcoming fear" is useful if it’s a situation where you have to just take the plunge, says Alex, “but in a bigger sense you basically just have to broaden your comfort zone until something isn’t scary anymore.”

Alex knew that El Capitan was too vast and too difficult to tackle by simply getting “psyched up” and taking a leap of faith, so he stretched his comfort zone over a period of years. Since becoming a professional climber in 2007 he’d been taking small steps forward by free-soloing regularly, and tackling climbs similar in size and scope. El Cap, however, was a massive undertaking: “For me personally it felt like lots of little steps.”

Gradually expanding your comfort zone can help you overcome social anxiety too, says the climber. Relying on alcohol is cheating: you’re not overcoming your fear, or getting to the underlying issues, you’re just “medicating them away”. Instead, you should approach this aspect of your life in the same way you would physical training and say, “This weekend I’m going to the pub, I’m not getting drunk and I’m going to force myself to speak to three strangers.” 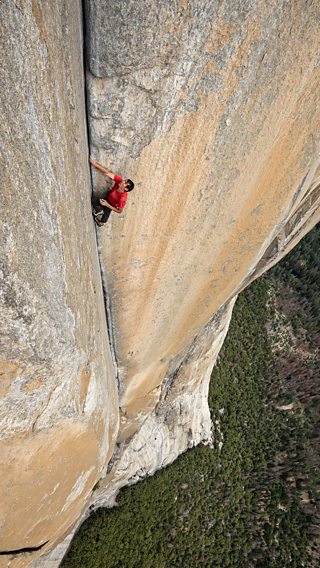 I was in a very high consequence position
Alex Honnold

2. Prepare, prepare and prepare some more

In 2008, Alex free-soloed the Half Dome, another infamous Yosemite landmark. He admits that choosing not to prepare was a near-fatal mistake. There were a number of moments during the climb that were "fraying" him mentally: “It was all sort of coming apart a little bit,” he recalls. Then, on nearing the end of the ascent, he felt unable to trust the foothold in front of him and started to panic. He managed to compose himself and continue to the top, but admits it was horrifying at the time. He realised that he needed to plan properly if he was going to attempt El Cap.

Alex’s preparations lasted two years and were intricate and extensive. The hardest section of the whole route would be the so-called "Boulder Problem”, which culminated in either a leap or a karate kick move. He did various stretches to improve his chances of success: “The more flexible I was, the more comfortable the kick felt.”

Alex says the Free Solo film shows how dedicated he was to the pursuit of that particular climb. When the day finally came, he was "totally ready for it".

An element of Alex’s preparation was to rehearse the climb in his mind. Partially, this was memorising where he would place his hands and in what sequence. “But then the real visualisation is the deeper level,” Alex explains. “What will it be like to look down into the abyss while I put my foot on to this tiny, tiny edge and then trust my life to it?” By thinking things through, he "wouldn’t have some moment up on the wall where I suddenly experienced something that I’d never thought of before, that I’d never imagined."

“The other real strength of visualisation is to imagine all the things that won’t ever happen, or that you don’t want to happen… I was also visualising what it would be like for my foot to slip and for me to fall to my death; or for me to do the karate kick but to miss it.” You want the full spectrum of experience just so nothing is a surprise, he says.

“It’s easy for fear to creep in if you just don’t know what’s going to play out. But if you’ve already thought through all those different what-ifs, I think there’s less room to be afraid.”

When Alex was younger he was horrified at the prospect of public speaking; he went through a year of university scared to talk to strangers; and even as a professional climber he was gripped by fear and anxiety when giving slide shows. But practice has made interactions like these easier.

Alex also admits he's had issues when it comes to dating. "At some point you just have to force yourself to do the thing, and just practise. You just go over and say hi. Because it gets easier to do that, the more you practise.”

Alex applied the same approach to climbing El Cap. He spent hundreds of hours on the granite face, attached to ropes, precisely choreographing and rehearsing each section. He practised the Boulder Problem around 60 times before his free solo attempt and the "Freeblast" – where he had to smear his shoe against smooth rock and maintain perfect balance – as many as 90. “I had already completed that climb with a rope many, many times. I knew that I could physically do it.”

Alex believes we need to differentiate between real, justified fear and what is just vague anxiety. “Changing jobs can feel like you’re going to die – it can be super scary,” he says, “but the reality is that you’re not in any danger.”

Crucially, with the two years of preparation he didn’t feel like he was in danger any more. “I was in a very high consequence position - had anything gone wrong I would have died, but the likelihood of anything going wrong felt extremely small to me… It felt like close to zero.”

He compares the awe-inspiring climb to walking down the road: if you fell in front of a bus you would be killed, but it doesn’t feel perilous because you know you’re not going to fall off the pavement. “As I prepared more, as I learned all the moves… I was less and less likely to fall off.”

“Fear should be predicated upon danger,” says the solo climber. “What’s the actual likelihood of something terrible happening to you?”

Alex admits that he was anxious in the build up to the climb but, convinced that he had adequately prepared, he felt calm as he embarked on the momentous feat.

"Once you commit a hundred percent, then it suddenly becomes pretty relaxing because the decision’s been made. There’s no more hesitation, there’s no more doubt.” All that’s left then, he says, is to just see it through.

7. It’s not fear itself but how you react to it that matters

Alex believes we have a propensity to be ruled by fear because we don’t experience real terror very often – modern life is too safe. This means that when we do experience the emotion it can be overwhelming, and that’s when everything falls apart.

We have to remember that fear is a physiological response, says Alex. Your body is sending you a signal in the same way that hunger is a signal, or sleepiness. We don’t let these urges take over, so why should we give fear so much sway? With fear, your body is telling you something but whether you choose to act on it is up to you. Simply put, “It doesn’t need to rule you.” 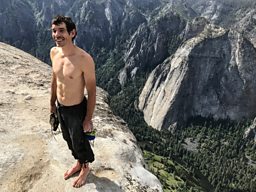