During his short life, the poetry of Wilfred Owen was little known. 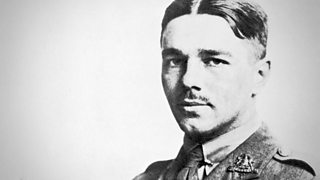 Wilfred Owen was commissioned into the Manchester Regiment

But over the course of the 20th Century the verses by this English officer came to define the conflict for many and remain much studied in schools to this day.

It was in a giant Italian villa in the south-west of Edinburgh that famous works, like Dulce et Decorum est and Anthem for Doomed Youth, were written.

Wilfred Owen arrived at Craiglockhart Hospital on 26 June 1917 after being invalided home from the trenches of France.

His time at the hospital has been immortalised in the popular imagination by the novel, and subsequent film, Regeneration.

They explore the relationships at Craiglockhart during World War One, including the one between Owen and Siegfried Sassoon, a fellow patient 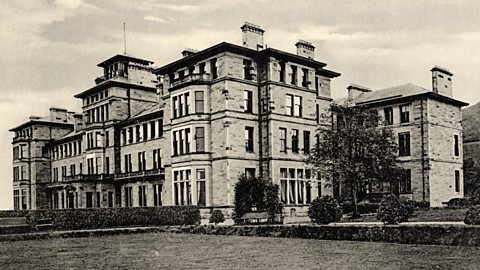 A variety of treatments for shell shock were offered at Craiglockhart.

Owen was severely traumatised by his experiences of front line trench warfare, which included being trapped for days next to the dead body of a fellow officer. 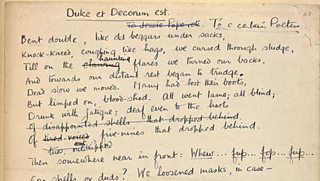 Craiglockhart’s small staff of doctors and nurses treated somewhere between 1,500 and 1,800 patients during the years it was operating as a shell shock hospital.

As well as their formal treatments with medical staff, patients at Craiglockhart were encouraged to be as active as possible. Captain Brock, Owen's doctor, encouraged him to write and edit The Hydra, the hospital magazine.

But it was through the poetry he produced at Craiglockhart that Wilfred Owen created his literary legacy.

Siegfried Sassoon offered Owen guidance, which can be seen in his handwritten notes on a number of drafts.

Wilfred Owen returned to the frontline following his spell in Craiglockhart and was killed on 4 November 1918, just a week before Armistice was declared.

Sassoon would also return to the front. Despite being shot in the head, he recovered and returned home. After the war, he arranged for Owen’s poems to be posthumously published, preserving them for future generations. 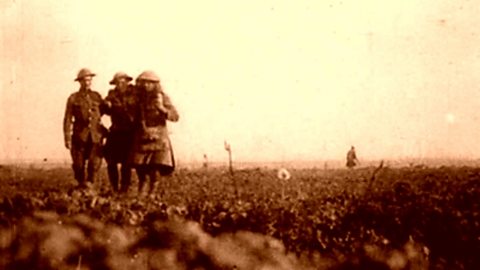 A reading of 'Dulce et Decorum Est' by Wilfred Owen.