The All Star Band

When 6 Music presenter Shaun Keavney learned the drums for BBC Music Get Playing, he needed a band in which he could display his new-found skills.

Professional celebrity-botherer Jamie Stangroom took up the challenge of finding Shaun some big names to play in his band - including a wookie on a kazoo and Modern Family's Eric Stonestreet shaking a hip-hop eggshaker.

Musical thoughts and advice from a galaxy of stars

The All Star Band track in full 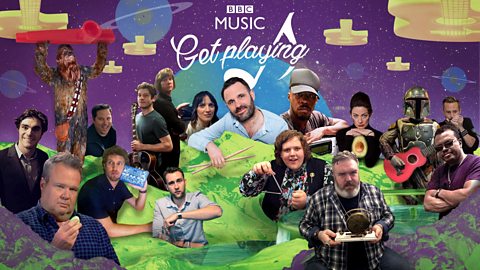 The All Star Band: The Track

Featuring stars from Breaking Bad, Game of Thrones, Dr Who...and a wookie on a kazoo.