Neil Gaiman's eight tips on how to write a short story

This year’s Radio 4 Christmas Day drama is the tale of an elderly lady who chances across the Holy Grail in a charity shop, before Sir Galahad arrives to claim it. Based on Neil Gaiman's delightfully quirky and sweet short story, 'Chivalry' stars Glenda Jackson and Kit Harington. Here, the award-winning author offers up his top tips on how to write a good story, from first line to finished draft.

“A short story, generally speaking, is about one thing, and one big thing needs to happen in it,” says Neil. “Which is not to say that you can’t have lots of different events. It’s just that a short story circles a central idea. Normally a short story for me is just a small thing that you cannot get out of your head."

You shouldn’t be the same person at the end of a short story that you were at the beginning of the short story,
Neil Gaiman

2. The story should take you on a journey

“You shouldn’t be the same person at the end of a short story that you were at the beginning of the short story,” says Neil. And the same goes for the characters. In Chivalry, the two central protagonists are Mrs Whitaker and Sir Galahad, a knight of the table round. “Both get to go on journeys,” says their creator, "and the existence of the other one in their life changes them a little.”

3. Don’t worry about having all the answers when you start – they’ll come to you

“The lovely thing about writing a short story is you don’t have to have all the answers,” Neil says. With Chivalry, all he started with was the idea of a little old lady buying the Holy Grail in an Oxfam shop, and a knight coming to her door. “That felt like a real enough place to start the story,” says the writer. “You don’t have to know where it goes because at the end of the day it’s maybe three days, maybe five days, maybe 10 days, and you’ll get there anyway.”

“You need a good first line in a short story but it’s always worth bearing in mind, with any writing you do, whether it’s a short story or a novel, that the first line that you write doesn’t have to be your first line by the time you’ve finished,” Neil says. The joy of any sort of writing is that you get to creatively explode. You go boom all over the page… You’re not quite sure what’s happening, you’re not quite sure where it’s going, but you write it in the certainty that you’ll know by the time you get there.”

Neil Gaiman with the cast of 'Chivalry': Glenda Jackson and Kit Harington

5. A second draft is about making everything look intentional

Once you’ve got to the end, and you know what happens, it’s your job to make it look like you knew exactly what you were doing all along, says the author. A second draft “gives you power as a creator” because it means “it never has to feel like you’re making it up as you go along.” You look at the things that make the story stronger and improve them, says the writer, and you look at the things that make your story weaker or distract from it and leave them out. “Beyond that, you can change the names of characters, you can change beginnings, you can change ends, but by the time that you’re done it should feel inevitable.”

You wouldn’t start out trying to do a marathon, and writing a novel is basically a marathon.
Neil Gaiman

6. Write as if you’re having to pay to put each word on the page

7. A short story should offer something new each time you read it

Neil’s friend, the late writer Gene Wolfe, said that his definition of good writing was writing that could be read with pleasure by an educated reader and reread with increased pleasure. The author of Chivalry agrees. “You don’t necessarily think of short stories as things that can be reread,” says Neil, “but I think a really good short story shouldn’t give you everything on first read. It should definitely be satisfying and entertaining, and it should take you on a journey, but the second time through you should go on a slightly different journey.”

8. Writing a short story is the perfect way to practice writing a novel

Short stories are an incredibly good place for young writers to cut their teeth, says Neil. “You wouldn’t start out trying to do a marathon, and writing a novel is basically a marathon. Short stories can be the daily run,” says the writer. “Think of them as both a way of learning to write and making mistakes, but also think of them as something that teaches you enough to write your own novel. There’s no mistakes that you can make writing a novel that you can’t also make writing a short story.” 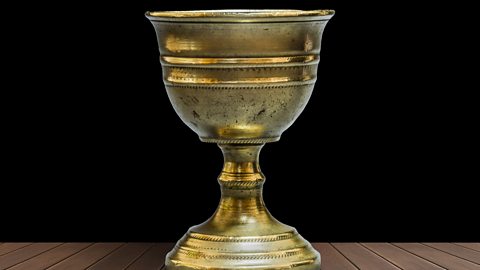