Call of Duty is a franchise with many ups and downs but the first CoD Black Ops was impactful and original. This new apple doesn’t fall far from the tree, bringing back campaign, multiplayer and zombies with a similar creativity and even bolder choices. 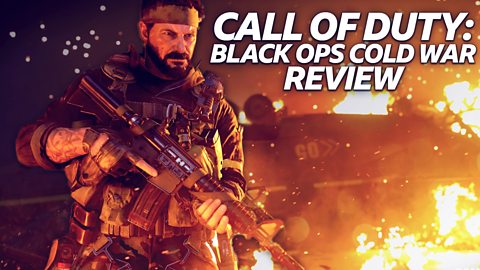 The new COD game comes out swinging with a new campaign, multiplayer and more.

The campaign mainly follows the original characters from Black Ops, throwing in the odd new face, as you try to take down a rogue Russian terror group intending to nuke the world. Who would’ve thought?

You mainly play as Bell, a protagonist who can not only have their gender, skin tone and nationality customized but you can also select perks, such as higher health or better hip-fire accuracy. This enables you to adjust your playstyle accordingly and these new features show the franchise is open to trying something new.

Cold War’s tone is a bit of a head-scratcher. It’s super-patriotic and brings a rather over-the-top American energy to the characters. The narrative seems to walk the line between serious drama and comedy. For me, it joins the ranks of Far Cry 5 in that it tries to push clever political satire but doesn’t want to be political so ends up with nothing.

From a play-by-play perspective, the tone doesn’t extinguish the fact that these developers really know how to make a brilliant FPS campaign. Every level feels unique, often tapping into random mechanics and dropping you in something unexpected while keeping everything entertaining. 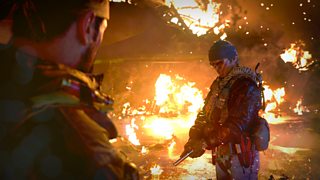 Missions are very linear but it builds the space around you in a way where you can experiment with the geography and try new things. It never feels like you’re on rails. Cold War has a lot of choice options and some alternate endings, although they’re mostly based around punishing you for having a conscience and letting people live.

There are even optional side missions where you can gather intel and solve puzzles, and that made me feel more like an agent rather than just a skinny Rambo.

The general craft is brilliant with really stunning environments that made me slow down and enjoy the landscapes. They are rich with detail in a genre that’s often filled with invisible walls and bland interiors.

During high-stakes chases and shoot-outs, I was often amazed by the sound design. You’ll find yourself ducking left and right as you hear the sound of cars and rockets whizzing past you.

If you’re moving from the latest 2019 Modern Warfare game, expect a bit of an adjustment period. Cold War’s multiplayer is quite arcade-like, especially when you see health bars hovering over your enemies. Overall, multiplayer didn’t feel anywhere near as good as the last CoD but I may just get used to it. Time will tell.

If I am being honest, I have no idea how Cold War will function with Warzone carrying over to this new engine. It seems to be designed around pushing score over kills in terms of rewards or streaks. Hopefully, this adjustment may entice the casual player who would usually get crushed in the more aggressive Modern Warfare or Battlefield lobbies.

Most regular modes seem close to Modern Warfare in gameplay but there are some new ones, such as Fireteam Dirty Bomb and Combined Arms, have really inserted some creativity into the mix. 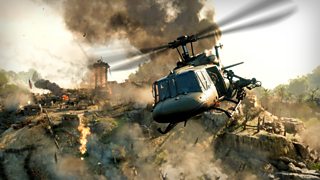 Alright, let's get to what I really wanna talk about. Let’s talk zombies!

There are some fumbles, like VIP Escort, which was boring at best and enraging at worst. However, Combined Arms uses its more dynamic maps to include land, sea and air vehicles with ziplines. This makes domination have more of a chaotic and layered experience that isn’t so small that it’s underwhelming, nor too big to just become Battlefield.

Fireteam Dirty Bomb is the most interesting of all, though. It uses the mechanics of Warzone, like squad teams, looting, body armour, but it uses it on an objective-based, smaller scale. FBD uses battle royale mechanics in a traditional FPS campaign and, of course, people really can’t get enough of that stuff.

Alright, let's get to what I really wanna talk about. Let’s talk zombies! Black Ops 1 Zombies is not only the best Call of Duty Zombies but the best zombies’ game ever made. So, I was extremely happy to see a similar level of originality and creativity from Cold War.

It still runs on endless rounds as the default mode but the way the game progresses is really exciting. You can start with your own loadout but guns follow a tier system meaning there’s a clear upgrade in weapon damage as the zombies get stronger.

There are also more clearly marked objectives, like activating the power, going to terminals and activating trials which are easy enough to follow that you won’t need a YouTube tutorial.

You’ll be pleased to know that there are still secrets, easter eggs and puzzles. However, the current map isn’t as easy to navigate as some of the classics. It’s very easy to get turned around and lose where exits are during a zombie chase. It is extremely fun, though and I have missed it so much.

Call of Duty: Black Ops Cold War does struggle with itself in regards to what it’s trying to say morally or politically, but I don’t think that problem is gonna go away anytime soon. What I do know is that they’ve made something entertaining, bringing back an era of Call of Duty that thrived on new ideas and making bold choices that aren’t just flashy gimmicks.

It’s messy at times but I’ll never turn down an FPS of this calibre.