John le Carré is the former British spy (or was he?) whose best-selling novels captured the drama, paranoia and fear at the heart of the Cold War. Far from the glamour of James Bond, le Carré’s spies inhabited a bleak, grey world of double-agents and treachery that - even if it was fictional - reeked of authenticity. To tie in with the major new BBC adaptation of le Carré's book The Night Manager, ALASTAIR McKAY breaks cover to let us in on nine secrets about le Carré, his life and his work.

Tom Hiddleston and the cast of the BBC's adaptation of le Carré's book, The Night Manager

1. There is no such person as John le Carré

Le Carré is the pen name of David Cornwell. According to his biographer Adam Sisman, the origins of the name are obscure. Le Carré used to claim he saw the name on a London shopfront from a bus.

In later years, he suggested that giving his name “a slightly foreign look” would help people remember it.

His identity was uncovered shortly after the successful publication of The Spy Who Came In From The Cold in 1963.

Cornwell/Le Carré was working for the Foreign Service at the Hamburg Consulate when he was outed by a journalist from the Sunday Times.

He explained that the reason for his pseudonym was “the usual Civil Service one”. The attention he received made his role as an SIS (MI6) officer untenable.

2. His father was a “five star conman” and his mother abandoned him

Le Carré’s father Ronnie was a serial fantasist and wife-beater who was jailed for fraud. He had “infinite powers of self-delusion”, le Carré wrote in the New Yorker. He “smelled of fine cigars and pear-droppy hair oil from Taylor of Bond Street”.

Le Carré fantasised about striking his “mortgaged head” with the golf club he kept behind the bedroom door.

Cornwell’s mother Olive left the family when he was five years old, weary of her husband’s financial recklessness and affairs. The children, David and his older brother Tony, had no idea she had gone for good. Their father implied she was ill.

Le Carré tracked her down after “sixteen hugless years”. They met on platform one of Ipswich railway station. “With her toppling walk and long, vulnerable face she could have been my brother Tony in a white wig,” le Carré wrote.

“Any expertise I have on espionage is just a gimmick,” he said when his identity was uncovered.

He did his national service with the Royal Artillery. After a few weeks at officer cadet school, he was directed towards the Intelligence Corps.

He applied to join SIS (MI6) in 1960 on the day his second son, Stephen, was born, having concluded that MI5 was “a dead-end sort of place”. 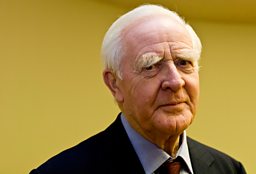 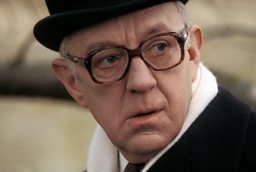 Alec Guinness as George Smiley in the classic BBC version of Tinker, Tailor, Soldier, Spy from 1979

5. His cover was blown by the double agent Kim Philby. Possibly.

Le Carré told Jon Snow of Channel 4 News that he was betrayed by Kim Philby. A member of the British intelligence services, Philby was secretly working for the Soviets.

Philby, said le Carré, was “a thoroughly bad lot - just a naturally bent man,” who was in line to become head of SIS (MI6).

“I wouldn’t have trusted him with my cat for the weekend,” he said of him.

Others have contested this assertion, as Philby was unlikely to have been in a position to pass on information about Cornwell.

6. It doesn’t really matter whether he was a spy

“A spy, like a writer, lives outside the mainstream population,” le Carré told an interviewer.

“He steals his experience through bribes and reconstructs it. The writer, like a spy, is an illusionist. He creates images that he finds within himself.”

He also suggested in a 1968 Sunday Times article about Philby that the secret services are like “a microcosm of the British condition, of our social attitudes and our vanities”.

7. He created the language of espionage

The term 'mole' has entered the language, but was popularised by Tinker, Tailor, Soldier, Spy. Le Carré’s term 'honey-trap' has been adopted by the intelligence community. Similarly 'tradecraft', meaning skill in espionage.

8. He hated James Bond and the “magic-carpet world of big expense accounts and crashable Ferraris”

“I despise the short answer in the perfectly-made world,” he told an interviewer. “I believe that most of us live in doubt and that is what animated the people who read my book, they felt, ‘Well gosh, this is organised chaos, there is no solution’.”

But he did work with Maxwell Knight, the pied piper figure who was said to be the inspiration for Ian Fleming’s “M” and Jack Brotherhood in Le Carré’s A Perfect Spy.

9. The Night Manager is partially autobiographical

Though le Carré’s most autobiographical book is A Perfect Spy, there are elements of personal history in The Night Manager. The villain, Roper, may owe something to le Carré’s father.

Biographer Adam Sisman suggests early drafts featured a “genial but menacing" father figure engaged in a battle with Jonathan Pine, the night manager recruited by British intelligence who is struggling to overcome a “locked-up childhood” devoid of women.

The Night Manager is available to buy on the BBC Store. 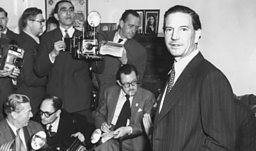 Kim Philby denies being a Soviet spy at a press conference in 1955 (J Wilds, Getty Images) 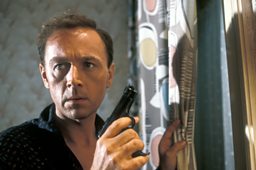 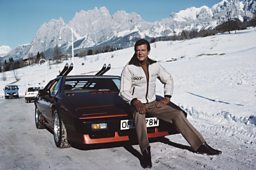 Roger Moore in For Your Eyes Only, February 1981 (Keith Hamshere, Getty Images)