Download the official BBC Voice UK app for 2016 - it's just like sitting in the big red chair!

Play along with the show, and rate performances and have fun playing our new interactive card game! You can even pick your very own Voice team! SO, who would you turn for?!

The app is available on your mobile phone and tablet. 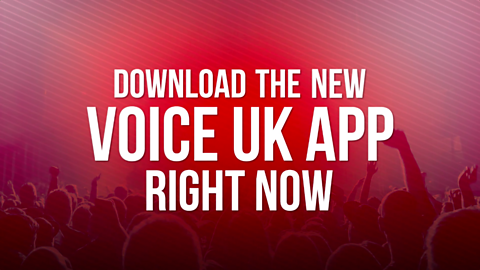 It's all about The Voice UK App

How the cards work

Other features: videos, pics and social

You can re-watch all of the performances from the show in our Latest section.

Plus, we have news and backstage pics and an integrated Twitter feed so you can follow our every move.

What do I need to do?

Platforms it works on...

If you want to show off…

By downloading this app, you agree to the BBC's Terms of Use for Applications.