Is paracetamol bad for me?

Paracetamol is the world’s most popular painkiller and is used in a whole range of over-the-counter preparations and also on prescription. 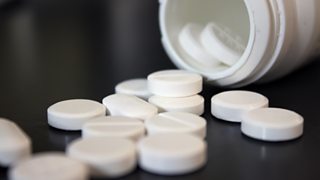 One of the advantages of paracetamol is that it isn’t associated with the potential side-effect of stomach bleeding that is found with the non-steroidal anti-inflammatories such as ibuprofen and also aspirin, or the addiction and constipation problems of opioids such as codeine.

However, in 2015 a study was published which concluded that there was an increased risk of all sort of adverse effects in those taking paracetamol long term, ranging from increased risk of heart attacks and stroke to early death.

So, should we all teat paracetamol with more caution?

The study was what is known as a ‘systematic review’ – which means that it was using data collected by many researchers over long periods of time, and then analysing that data all together to see if there were subtle effects that could be picked up. In this case, the data came from quite different groups of people, in different parts of the world. Some were kidney patients, and others were taking paracetamol alongside drugs such as ibuprofen – which is already known to cause similar side-effects. That means that it is not possible to conclude definitively that it was the paracetamol that was causing the effects noted.

It is also important to note that these were people taking a lot of paracetamol (such as 15 tablets per week) over many years.

If you are taking a lot of paracetamol over many months or years, though, it is worth discussing other options with your doctor.