Probably the best-known and most celebrated football commentator in recent decades, John Motson OBE has had an incredible career spanning 50 years at the BBC. Covering 10 world cups and 29 FA Cup finals, he was at the scene of almost any iconic football moment you can name. Here are 11 things we learned from his nostalgic interview with Kirsty Young…

1. Football was a Saturday treat from an early age

John’s dad got him into football very young. He was seven when he went to his first match: Charlton Athletic against Chelsea. “I picked up the sense of excitement the first time he took me down to The Valley at Charlton,” John says. “The colours, the crowd, the goals… I got hooked on the game.”

2. He got detention for playing football at school

Sent to Culford boarding school in 1956, John says he got a fantastic education in lavish grounds, but he didn’t like being away from home. “Rugby in the autumn term, hockey in the spring term, cricket in the summer term – but no football,” he says. When John got a few people together with a ball for an impromptu game, it was frowned upon – and he ended up in detention. He was, however, allowed a record player and, as his third disc, he chooses a track from his schooldays, when pop music was just making an impact: Diana by Paul Anka

3. He used to get pre-match nerves

John says he used to feel apprehensive before commentating on live matches and that it was like “living on a knife-edge” in the early days. He thinks the constant worry he had about missing something – particularly before the days of action replays – cost him in terms of the quality of his commentary: “If you’re doing a live England game in the quarter-final of the World Cup and the audience is 23 million – and they’re all football fans and they all think they could do the job as well as you could, and just one word out of place, and oh my goodness… It was an uneasy experience in many ways, as well as being a deeply satisfying one if the match went well.” 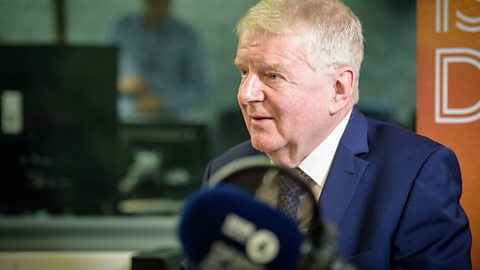 John Motson: ‘It was living on a knife edge’

John Motson on the perils of live commentary.

"The tragedy of Hillsborough – well, I did wonder whether football would get back on its feet after that.”
John Motson

John was commentating on the FA Cup semi-final at Hillsborough in 1989 when the horror unfolded. “It looked to me, right from moment one, as a case of overcrowding, so I wanted to get any suggestion of crowd misbehaviour out the way straight away,” he remembers. Although his wife has said that she felt his love and belief in football left him that summer, he thinks the Heysel Stadium disaster, the Bradford fire, and supporter violence all took their toll before that. "It was a bad decade, the 80s – and hooliganism was a major part of that.” He felt the game had already reached an all-time low. “And then the tragedy of Hillsborough – well, I did wonder whether football would get back on its feet after that.”

5. His wife, Anne, kept a “black book” of all his matches

Every season, Anne, John’s wife of over 40 years, kept a record book listing every match, the player appearances, goal-scorers, and attendance figures. She even kept all the press cuttings tucked at the back. “We’ve kept them because it’s a tribute to the way she’s supported me and we’ve been a team,” he says. For his fifth disc, John chooses Annie’s Song, by John Denver, which he dedicates to her.

The son of a Methodist minister, John used to go to church three times on a Sunday. He’d hear his father preach at the morning service, would go for Sunday school in the afternoon and then his father would preach again in the evening. But despite the dedication to his mission, his father always set Saturdays aside to watch football. “We would go to Arsenal one week, Tottenham the next, Chelsea, Fulham… even when we went on holiday – I remember him taking me to see people like Stanley Matthews and Tom Finney play.”

7. The sheepskin coat was just to keep his knees warm

Kirsty describes John and his famous sheepskin coat as a double act, but he never intended it to become a trademark. He says he bought one after another because it was the practical choice. Sitting on the gantry, its full length protected his knees and legs. It was in December 1990 when it became iconic. He filmed a piece for Grandstand after a match cancellation at Wycombe due to sudden heavy snowfall. Photographer Stuart Clarke captured him looking “forlorn” and “shrivelled up” – and the image stuck. “Then I was going to grounds and people were saying ‘where’s your sheepskin, Motty?’” 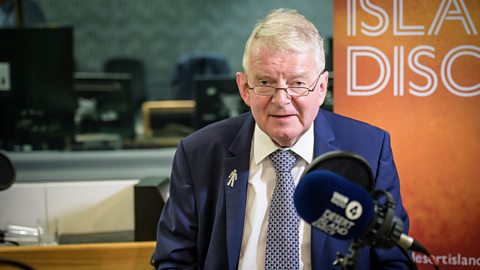 John Motson: ‘I thought, this is gold!’

John Motson on one of his run-ins with Brian Clough.

8. His first BBC boss taught him about precision timing

Aged 18, John became a journalist on a local paper in Barnet and filed his first match reports. Just five years later, with a little local radio experience but no real training, he came to the BBC national radio. His editor was an “autocratic, mustachioed Scotsman” who insisted match summaries were exactly 60 seconds long. “Not 62 – he’d have you in on the Monday: ‘John, that was two seconds too long’… Having been taught the principles of journalism in a newspaper office, I then learned the principles of radio reporting in the BBC sports room.”

9. He used to take a private plane to matches – until Jimmy Hill gave the game away

In the 70s, while John was on Match of the Day, he flew to some of his games. “They wouldn’t have put a plane on for me,” John clarifies. “David Coleman was the big noise at BBC Sport then and he would fly up from Denham on a Saturday morning in a little four-seater and I would go with him.” The plane was used again later when Jimmy Hill was the presenter. But at a time of fuel shortages and petrol queues, Jimmy opened a programme with a complaint about the state of his stomach after a bumpy plane ride from Liverpool. It caused a national scandal, at a time when people couldn’t even get petrol for their cars, and there was no more flying to matches after that.

10. He missed the last World Cup after a cancer diagnosis

John missed the 2014 World Cup in Brazil after he was diagnosed with bowel cancer. He had successful treatment and says what got him through was the support of his wife and family, a first class surgeon… and counting the days before he could get out of hospital and commentate again. He hadn’t spoken publicly about it until Stephanie Moore persuaded him to support her work with the Bobby Moore Cancer Fund, but has since made a public appeal, encouraging people to get checked and treated early.

11. He does great voices

During his interview John conjures up Jimmy Hill and recreates moments with his post-match interview nemesis Brian Clough, who once accused him (and all commentators) of being “dogmatic, overbearing and boring… I think what you do to referees is nothing short of criminal.”