The politics of shaving are way more complicated than you think.

Nowadays, you’re more likely to spot luxuriant facial hair on hipsters than royalty. Yet in the past, beards – or their absence – have been viewed as signs of power, masculinity, strength and even godliness. Here are 15 cool things we learned from a recent Proms Interval Talk on the politics of shaving. 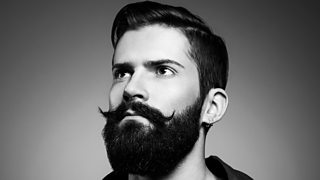 1. The height of British political beardery was in the mid-19th century, when nearly all MPs had beards, moustaches or other whiskers. Back then, looking neat was seen as a sign of effeminacy.

2. Just 100 years before, however, being clean-shaven was seen as the height of manly sophistication. The only politician of note to have any facial hair at all in the mid-18th century was the Whig MP Charles James Fox, who was described by his own father as resembling a monkey.

3. One of the reasons facial hair became so popular in Victorian times was the Crimean War. Large numbers of soldiers returned home in the mid-19th century with the moustaches and beards they’d grown to keep out the cold. The Raglan Moustache is a prime example of a “hero beard” of this era.

4. Meanwhile, Jeremy Corbyn is the first bearded man to lead a British political party since Keir Hardie resigned as Labour leader in 1908. 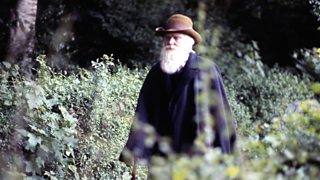 5. The expansion of the British Empire also helped. Letters from British officers serving in India showed them begging their superiors to allow them to grow beards so the locals would stop laughing at them.

6. In 1832, Charles Darwin recorded with astonishment that a group of Fuegian natives had taken several of his shorter Beagle crewmates for women, despite their bushy beards (no laughing at the back please). It’s one of many experiences that caused him to dwell on the differences between nature and culture.

7. Darwin, by the way, had what’s known as a “natural” beard. He would borrow his wife’s dressmaking scissors to snip his moustache, which apparently caused it to go up at one side.

8. Having facial hair was so important to the Victorians that many men were compelled to purchase false moustaches and whiskers, some of which had springs to help them adhere “naturally” to the face. Meanwhile, the army handed out goat hair moustaches to recruits who couldn’t grow one themselves.

9. At the height of 19th-century beard mania, there was even a brief fashion for women to tie their tresses under their chins to mimic facial hair.

10. Not all women were beard fans, however. Lord Tennyson’s wife, Emily, had to deal with a real monster. In her diaries, she wrote that she hoped an Act of Parliament would be passed to make him shave it off. It wasn’t.

11. One of the most unlikely styles to achieve widespread popularity was the Newgate Beard, named after the prison that housed London’s gallows from 1783 to 1868. The face was shaved, but hair was grown on the neck in the place that a noose would fit. Eeek.

12. Nowadays most people shave themselves, but for hundreds of years men had to visit a barber to have their facial hair attended to. As a result, the barbershop was a bit of a social hub. In Tudor and Stuart times some shops even kept musical instruments, so that people could meet and entertain each other as they waited their turn in the chair.

13. Barbers of the past were often also surgeons. Up until the mid-18th century, the person who shaved your face might also perform minor surgery or let blood – probably using the same instruments. 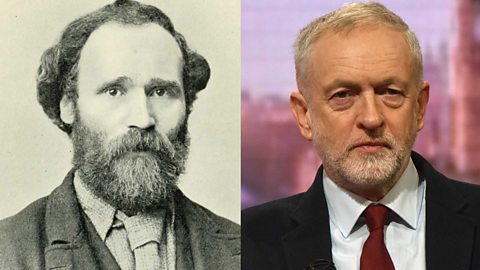 Alun Withey and Kathryn Hughes discuss the politics of facial hair through the ages.

14. The first adverts for personal razors didn’t appear until the 1760s. Funnily enough, much of their wording was surprisingly similar to ads of today, with lots of references to steel, tempering, swords and battle. Two particularly fighty models were called the “Scimitar” and the “Damascus”.

Facial hair actually has a Sun Protection Factor of 21

15. Some pretty outrageous health claims have been made about facial hair over the years. Among their numerous health benefits, they’ve been said to filter air, guard the throat and protect against sunburn.