New York state of mind: Megan Bradbury's literary portrait of a city through its art

Megan Bradbury’s debut novel Everyone is Watching is a portrait of modern New York from the perspective of the artists who have made the city their muse. SIMON RICHARDSON meets the author to talk town planning, literary ventriloquism and explicit photographs.

Everyone is Watching zooms in on the lives of four creative figures - Walt Whitman, Robert Moses, Robert Mapplethorpe and Edmund White - to describe the way art influences a city and vice versa, from Whitman’s visionary urbanism at the end of the 19th century, through to White’s nostalgia for a city that has all but disappeared by the start of the 21st.

“Everything you can say about fiction you can say about non-fiction,” declares debut novelist Megan Bradbury. We’re discussing her decision to write Everyone is Watching from the point of view of real people, some of the most famous artists of modern times; one of whom is still alive. “There has to be a way to write imaginatively about reality that gives you something different from what a non-fiction piece offers.”

It’s exciting to see a debut novel taking risks like this. Was she daunted? “Absolutely. I really racked my brains with all the questions that might be asked. I wanted to be sure I was doing it for the right reasons, but once I’d made the decision to write about real people I just went crazy and wrote anything that came into my mind. Then later in the editing stage I took out anything that too felt too inventive.”

We’re presented with snapshots from these lives: the reader meets author Edmund White in the present day as he returns to New York from his exile abroad; witnesses first-hand the meteoric rise and fall of photographer Robert Mapplethorpe through the 70s; travels to the city by train in the late 19th century with poet Walt Whitman, and conspires alongside controversial city planner Robert Moses during his long career, as he reshapes the city in his own image.

Although Everyone is Watching offers a fascinating glimpse into a creative world, Bradbury never sought to investigate these figures’ private lives.

“Anything written that’s set in a private sphere has all come from memoirs and things that have been published, and that was very clear to me.”

In their own way, each of these men is driven by a powerful urge to grapple with what New York is, and to make something of it for themselves. In deciding to write, Bradbury says she was driven by the same impulse.

“It began with my craving the city. I lusted for it for a long time. I went to visit New York in 2008 for a few months and came back to the UK and everything I did and wrote and thought after that was about New York. I became completely obsessed with it, as I’m sure many people do.”

A graduate of the University of East Anglia writers’ course, she knew she was far from alone in that ardour: “There’ve been so many books about New York but I wanted to get to the bottom of what interested me personally. I wanted to communicate that excitement and keep it as closely associated with my specific line of interest for as long as I could.” 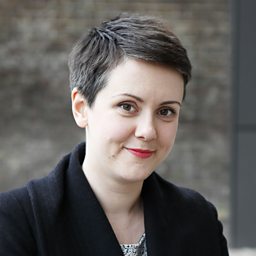 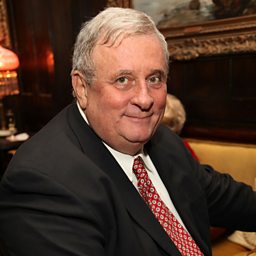 She followed that line deep into the annals of New York art - to the point of fetish, can there be a more documented city? - and started to make connections: “I read about urban planning, I read about art, particularly the ups and downs of New York’s economic position throughout the 20th century. The way the city reached bankruptcy stage in the 1970s and the fact that it was a really creative period of artistic production.”

She was fascinated with Edmund White’s chronicles of gay life in New York at that time. “That period of history coincides with the gay liberation movement, and the way the city was being used for artistic and sexual spaces.”

If White’s writing captured the feel of being gay in 70s New York, Robert Mapplethorpe - photographer, contrarian and chronicler of New York’s sexual subcultures - helped to define its look.

Mapplethorpe’s sensitive photographs of black male nudes and subjects in sadomasochistic settings were highly controversial in his lifetime, which was cut short by Aids, and since. “I loved Mapplethorpe’s work and decided I wanted him to be the arc of the story from his youth to his death,” Bradbury says. “He sees everything in the moment and doesn’t have the awareness of what would come after.”

Extract from Everyone is Watching

Robert Mapplethorpe rips out a page from the magazine and cuts round the guy’s torso, leg and dick. He sticks these parts onto paper. He lies in a dark room in Brooklyn. It is 1967. He hears other people moving around the house. He has a feeling that time is passing without him. The feeling is acute and in the pit of his stomach. It is the vibration of the subway that he can feel.

When he walks across the Brooklyn Bridge he feels on top of the world. The subway is filthy and alive. The clatter of the trains is music. The graffiti inside the carriages is art. The ascent from the subway to the sidewalk is an ascent into heaven. In the busy downtown streets he never feels alone.

This intensity of vision is at the heart of Everyone is Watching. Bradbury presents accounts of these artists’ lives in a kind of collage, darting back and forth in chronology and perspective, isolated, without comment, like pictures in a gallery.

If you can talk about a character who physically shaped the city, that to me feels like an artistic process

At the same time she sought to unite the lives of these artists with the fabric of the city itself: “I felt if it was New York as a real place that I wanted to write about, I had to look at the idea of that reality directly, otherwise it’s just a setting to put characters in and play around with.

“And the more I read and played around with notes, I realised I kept coming up with two names - Robert Mapplethorpe and Robert Moses.”

Robert Moses, one of city planning’s most divisive names, might appear a strange addition to a book about New York artists. Bradbury says, “If you can talk about a character who physically shaped the city, that to me feels like an artistic process.”

Like the famous photograph in which he stands surveying an architectural model, Moses towers over New York’s post war development. His monuments are the bridges, parks and expressways he swept all before him to create. Bradbury found herself imagining a dialogue between the photographer Mapplethorpe and the planner Moses who, although never elected, was arguably the most powerful person in New York City for much of his life.

“I asked myself if Robert Moses is destroying the communities where art is created, how does that affect people like Robert Mapplethorpe?” Conversely, she began to see a web of similarity between the two men: “I see Moses’s drive and clarity in what he wanted to achieve in Mapplethorpe’s work. Mapplethorpe was so completely sure of what he wanted to record and show to others.”

If Mapplethorpe and Moses represent creativity’s forward thrust, Walt Whitman, who we meet as he travels to New York by train, personifies to Bradbury something more timeless, even organic: “I read Whitman because he’s known as a nature writer, but also as a city writer. He talks about the city in the way he does the natural space, again with a kind of lust. His voice resonates still. I think it’s one that will never disappear.”

The pleasure of Everyone is Watching comes with making connections, in a book that is itself a kind of city of words. One obvious link is the fact that Mapplethorpe, White and Whitman are known as gay artists (Whitman it’s said was in fact bisexual). Is this a queer novel?

Walt Whitman's voice resonates still. I think it’s one that will never disappear

“It depends how you want to read it. I didn’t pick characters who were gay for a particular reason. I sometimes wonder if traditionally when men speak about the sexuality of a period with nostalgia, as many do about 1970s New York, if they speak with a louder voice… but I was more interested in desire generally.”

“Cities, like dreams,” writes Italo Calvino, “are made of fear and desire.” Desire is the charge that runs through this electrifying debut. Desire of the kind only found in the metropolis: born of sweltering subway cars, moving crowds, dark alleyways and fleeting glances. The novel is a beautiful, polyphonic meditation on how that desire can be sublimated into art.

Finishing Everyone is Watching and marveling at how fecund a space New York has proved for artists for more than a century, it’s tempting to wonder how a city that is now one of the most expensive places in the world to live can maintain its creative vitality. But Bradbury is cautiously optimistic.

“New York, being as dense as it is and having the economic history it has - at least until recently - has allowed artists to share ideas, share material, share dinner. The proximity of New York has helped to create such an incredible cannon of artists and written art forever. But then the question is how common is that now? Is it different with cities being as expensive as they are? I’m sure that’s still happening but I think it’s different now.”

What this book shows is that cities need their artists as much as artists need their cities. Walter Benjamin described Paris as the capital of the 19th century; undoubtedly New York was capital of the 20th. Whether it will sustain that crown well into the new millennium remains to be seen.

Everyone is Watching, by Megan Bradbury, is published by Picador. 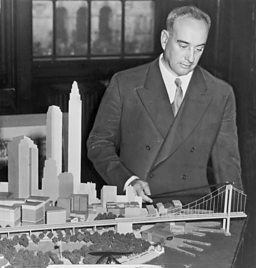 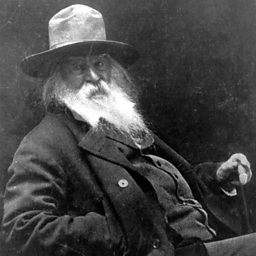