There’s still a lot that we don’t know about sleep. What exactly happens when we are getting our much-needed kip is complex, but we are starting to get to grips with how complex.

One of those pioneering research in this area is Dirk-Jan Dijk, professor of sleep and physiology at the University of Surrey and director of the Surrey Sleep Research Centre. Dijk set up the Sleep Centre after working at Harvard University and has promoted a multidisciplinary approach, combining physics with physiology, genetics and psychology, to shed light on many aspects of how we sleep. In an edition of The Life Scientific, Dijk tells Jim Al-Khalili of his work on how circadian rhythms interact with our sleep cycles, the role of genes in the timing of our bedtimes, and how sleep changes in people with dementia. 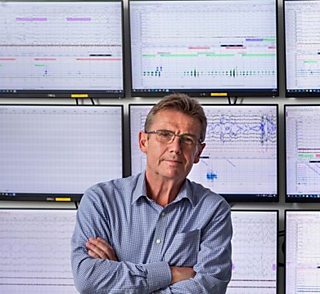 Listen: The Life Scientific - Derk-Jan Dijk on the importance of sleep

The path to understanding sleep starts with circadian rhythm, the internal process that regulates our sleep-wake cycle over 24 hours. Regulating the circadian rhythm are the body’s biological clocks, made up of proteins that interact with cells throughout the body. In turn, these are co-ordinated by a “master clock” in the brain.

We found that the circadian drive to be awake was actually strongest at around 10 o'clock in the evening. And that, of course, sounds very paradoxical.
Prof Dirk-Jan Dijk

The study of these rhythms and clocks, how they are influenced (e.g. by light and dark) and how they correlate, is called chronobiology. Chronobiology also covers shorter periods than circadian biology, such as non-REM (non-Rapid Eye Movement) (N-REM) sleep, which has a duration of 90 minutes.

The circadian clock is counter-intuitive

You might naturally think that the biological clock’s instinct is to be strongest is in the morning. However, Dijk’s experiments have proved otherwise. “Much to our surprise, what we found was that the circadian drive to be awake was actually strongest at around 10 o'clock in the evening. And that, of course, sounds very paradoxical.”

What Dijk did was to ask participants in the experiment to go to bed later and later. This separated “the influence related to time awake and time asleep from the influence of the circadian clock”. In other words the circadian drive to stay awake has to increase as the biological day progresses to cancel out the urge to sleep.

We are the only species to extend our day using artificial light, yet it has taken a while for science to catch on to its effect on circadian rhythm. 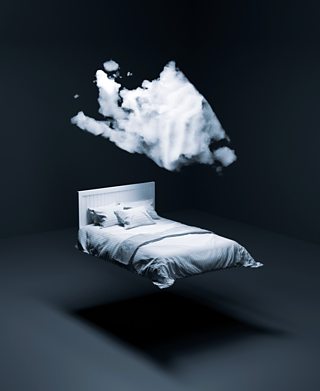 Today, with large TVs, laptops, tablets, smartphones and so on, discussion between the link between artificial light and sleep seems unavoidable. However, as Dijk recalls, back in the 1980s there was scepticism.

“You could go to meetings and people were explaining this to the audience in a lecture hall and they would say, ‘well, from a biological perspective or from a circadian perspective, we are sitting here in complete darkness’.”

Today, we know that the circadian clock is very sensitive to light, with ordinary room light having an effect “equal to 50% of the maximum effect of [day]light.”

Older people are better at all-nighters!

It’s a popular misconception that older people need more sleep. However, one of Dijk’s experiments grouped together people in their 20s, 40s and over 65 to take multiple sleep latency tests, where they were asked to sleep at various periods during their normal wake time. The results gave measurement of sleep propensity – how long it took each person to go to sleep – and showed that it was the younger people who were sleepiest. Meanwhile, the older participants were better able to pull an all-nighter!

When dementia has been diagnosed, sufferers can experience a range of disturbances, including going to sleep very early, waking up repeatedly during the night and taking long daytime naps.

Apart from taking advantage of innovative ways of sleep monitoring, among the approaches that Dijk and his team have taken for the sleep disturbances caused by dementia is to recommend intervention so that care home residents are not spending too long in bed and are kept active during the day. 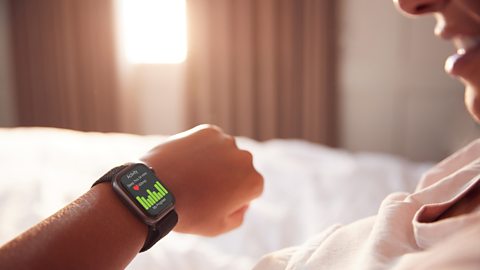 Can wearable sleep trackers unlock the secret to a good night's sleep?

As Jim points out, people can get obsessed by the sleep quality score wearables give for sleep. However, while they measure heart rate and motion, they are not measuring brain waves or core body temperature. So, how reliable is a device when it tells you how much N-REM or REM you have been getting?

People shouldn't worry too much about having one night of bad sleep. We should take sleep seriously, but not too seriously.
Prof Dirk-Jan Dijk

Dijk and his team have put various wearables through their paces. The results are not good. “Our data so far tells us that the numbers coming out of those devices are not that reliable at all.”

More anecdotally, Dijk adds: “Every morning for the past two years, my wearable tells me that I had zero minutes of rapid eye movement sleep, and I know I've had many dreams!”

What if I can’t sleep?

One of the functions of sleep is to make sense of the things that happened during the day and to prepare us for things to do the next day. Worry about the latter can keep us awake at night.

No one has yet defined what makes a good night’s sleep. But Dirk-Jan has some soothing advice.

“People shouldn't worry too much about having one night of bad sleep. We should take sleep seriously, but not too seriously.”