Time: How accurately does the BBC drama depict life in prison?

Filmed in a former English prison, and exploring difficult issues and ethical dilemmas, the new BBC one drama Time shows prison life in a way that it is rarely – if ever – depicted on screen.

Time follows Mark Cobden (played by Sean Bean), a former teacher who is sentenced to four years inside for drink-driving, after a road accident he was involved in left a cyclist dead.

Sofie Hagen and I spoke with writer Jimmy McGovern about some of the issues he addresses in the show for our podcast Bad People on BBC Sounds.

A dramatic scene in Time gives the viewer a realistic glimpse into a restorative justice process. Restorative justice is an approach which brings together a victim and someone who has committed a crime against them or their loved ones. It aims to repair psychological harm and give victims a voice. 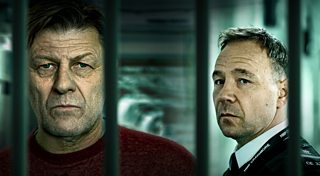 Research demonstrates that restorative justice in the UK leads to a 14% reduction in reoffending."

The process can be very challenging for offenders because it forces them to consider the personal impact of their crime, but it can also allow them to accept responsibility and apologise. For victims it can help with the process of recovery.

Restorative justice started to gain credibility in the UK in the late 1990s, when Sir Charles Pollard introduced it as a tool for policing. Once considered soft and fluffy, the usefulness of restorative justice has gained support and it has become an important part of the criminal justice system.

It has gained traction because it works. Research demonstrates that restorative justice in the UK leads to a 14% reduction in reoffending, and 85% of victims who participate in it are satisfied with the process.

Although presented as a promising aspect of the justice system, the restorative justice process in Time fails to do good. When I asked McGovern what he wanted people to take from this, he answered “I’m all for restorative justice”, but, he added “it’s not always the cure all it’s expected to be. It can and does go wrong”. He continued, “But the system was beautiful, wasn’t it? The fact that he could go in there and tell them [the victim’s family] the absolute truth…it’s so messy and true. And for it to fail must be such a punch in the gut for him.”

An aspect of the show that has been widely commented on is that it is difficult to watch. Starting with a relatable crime seems to be part of the secret to this, with one of the two protagonists – Mark – being imprisoned for dangerous driving. 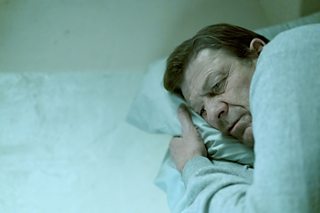 “I think the drama works because we meet these people in prison, and then we find out these are quite decent people."

Self-report data from the Department for Transport ending in 2020, found that 5% of participants stated they had driven while over the legal limit at least once in the past year alone. Many more have driven while distracted on their phones, or after taking medication that makes them drowsy. Given such statistics it is hard for many people not to think “this could happen to me or a loved one”, as they watch what happens to Mark Cobden.

It also raises bigger questions for drink-driving offences, which are mostly consequence based rather than based on criminal intent. People don’t typically want to hurt anyone when they drive too fast, drive while distracted, or drive drunk – and usually they don’t. But when they do, especially if their accident causes death, they can cause immeasurable grief to victims’ families and end up with a 14-year prison sentence. The same act, and the same intent, can thus have drastically different consequences.

Tough on crime advocates have argued that the penalty for dangerous driving should be extended to life. This may superficially sound appropriate, life for a life, but to place the same penalty on drivers who accidentally kill someone as on those who intentionally do far more reprehensible things is unduly harsh.

The thorny question of whether Mark Cobden deserves his punishment, and whether he is similar to the other offenders in his prison, are explored in Time. When I asked McGovern about whether he was trying to challenge the idea that prisons are filled with baddies, he replied, “I think the drama works because we meet these people in prison, and then we find out these are quite decent people. You don’t expect to find these people in prison. Prisons are full of really good people who have broken the law, but they are really good people.”

If you enjoyed Time, you might enjoy our interview with Jimmy McGovern on Bad People. On Bad People we often discuss related themes, and have previously done episodes on prison education, prison violence, and prisonisation.

Dr Julia Shaw is a research associate at University College London and the co-host of the Bad People podcast on BBC sounds.

She is an expert on criminal psychology, and the author of two international bestsellers “Making Evil: The Science Behind Humanity’s Dark Side” and “The Memory Illusion: Remembering, Forgetting, and the Science of False Memory. 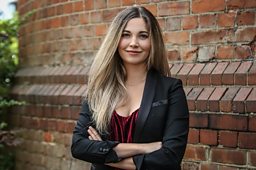