The real-life inspiration for Summer of Rockets

Summer of Rockets is the story of a family caught up in the tensions of the Cold War during the summer of 1958 in England. Although the story is fictitious, a lot of the details and some of the incidents are based on what happened to my family. 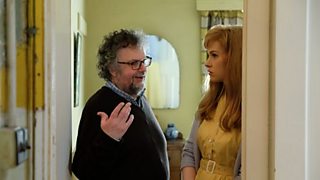 These include:
My father (together with my grandfather) invented the pager for St Thomas’s Hospital in the late 1950s, having witnessed the method by which doctors were then summoned a chaotic mixture of bells and frantic tannoy announcements.

Their invention, though adopted by one or two other hospitals, was thought too revolutionary for government departments or for industry (and certainly for the general public) and they struggled to avoid bankruptcy for many years.

My father’s firm also made hearing aids, and one of their customers was Winston Churchill. My father serviced Churchill’s hearing aid when he was Prime Minister, during his second premiership, and this entailed several visits to see him at No.10. The Secret Service became suspicious of a Russian having such access to No.10 and the Prime Minister. My father and grandfather were put under surveillance.

The head of MI5 Roger Hollis wrote to Churchill’s private secretary recommending that my father and grandfather should be prevented from continuing to service Churchill’s hearing aid in case they had turned his hearing aid into a bugging device and were somehow listening in to all the secrets of the cabinet room. My father and grandfather were promptly denied all access to Churchill and No.10. They continued to be under surveillance for a period in case they were judged to be enemies of the state.

My father, like Samuel in the story, employed many deaf workers in his factory and did pioneering work with hearing aids, greatly improving their efficiency and manufacturing the first one ever to have a volume control. Unfortunately, his competitors made
cheaper and less elaborate devices and my father was constantly struggling to make ends meet.

My mother was from Jewish aristocracy, like Miriam in the story, but by marrying my father, a Russian immigrant she was considered to have married beneath her. She did not inherit any of the family’s fortune and lived modestly with my father. Having been raised with many servants she suddenly found herself having to cook her first meal alone with my father. She had never even boiled an egg up that point.

Although the story of Kathleen (Keeley Hawes) is fictitious, there is both a historical basis to what happens to her and her husband and also a personal connection to my family. My Russian Jewish father was very keen to assimilate himself into English life and customs. He was entranced by 18th century English architecture and by the inhabitants of big houses. He would have loved to have owned an English manor house himself but his dream was that one of his children would marry an aristocrat and inherit an estate. He would have been bewitched by the house that Kathleen lives in and by the style and the seemingly untroubled luxury of her life.

The boarding school in the story is closely modelled on the school I went to between eight and 13. Being thrashed with a hairbrush was a common feature of life at that school.