10 surprising things you might not know about Maya Angelou

Maya Angelou achieved enough during her extraordinary life to fill seven autobiographies. Her unique career – which included work as a dancer, singer, actress, composer, activist, teacher, journalist, film director, poet and public speaker – was evidence of her conviction that anyone could develop a great range of talents if they worked hard enough.

Angelou was unafraid to be honest about her less glamorous experiences too; in her writing, she shared both her highest and lowest moments.

Here are 10 of the most surprising things we’ve learned about Maya Angelou.

Born Marguerite Annie Johnson in St Louis, Missouri, in 1928, Angelou was known by many other names, including Rita, Reet, My, Sister, Sugar and Miss Johnson. But it was Maya, the nickname her older brother gave her, that eventually stuck. She took the surname Angelou, a version of her Greek American ex-husband’s name, while working at San Francisco’s Purple Onion club in the 1950s. The marriage may not have lasted but the name did, staying with her until her death in 2014. 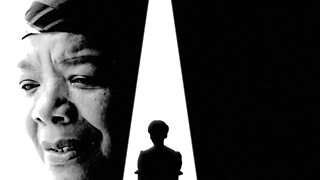 Maya wrote unashamedly about her troubled past

2. She was the first black woman to work as a conductor on San Francisco’s cable cars

At 16, Angelou decided she wanted to be a cable car conductor, but when she went to ask for a job, she was refused an application form. Her mother told her to sit in the office reading Russian literature every day until they changed their minds. Angelou recalled doing this for two weeks, enduring mockery and racist insults but unable to go home because she didn’t want to disappoint her mother. Eventually, this persistence won her the job.

3. When Angelou gave birth to a son at 17, her mother delivered him

Angelou’s mother, Vivian Baxter, was absent during much of her early childhood. But they grew closer as she got older, and when Angelou became unexpectely pregnant at 16 she was very supportive. Angelou remembered, “She asked me, ‘Do you love the boy?’ I said no. ‘Does he love you?’ I said no. ‘Well, there’s no point in ruining three lives. We’re going to have us a baby.’” When her son was born, Baxter – a trained nurse – delivered him, holding her daughter’s hand and telling jokes to help her through the labour. 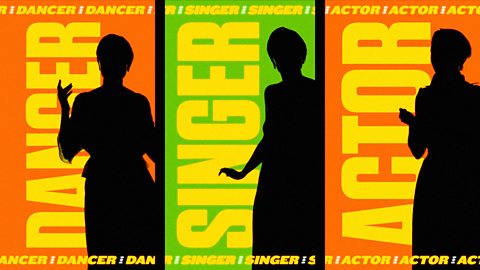 “I had laughed and cried, exalted and mourned”

A young Maya Angelou is enchanted by a life-changing performance of Porgy and Bess.

4. As a young woman she worked as a pimp and a prostitute

In her 1974 book, Gather Together In My Name, Angelou wrote about being a pimp and a sex worker during her chaotic younger years. She later said of it: “I wrote about my experiences because I thought too many people tell young folks, ‘I never did anything wrong’... They lie like that, and then young people find themselves in situations and they think, ‘Damn, I must be a pretty bad guy. You know, my mom or dad never did anything wrong, so I’m pretty bad,’ and they can’t forgive themselves and go on with their lives.”

“I wrote about my experiences because I thought too many people tell young folks, ‘I never did anything wrong’"
Maya Angelou

5. Her screenplay Georgia, Georgia was the first by a black woman ever produced

Released in 1972, the film told the story of a love affair between Georgia, a black American singer, and Michael, a white photographer, who meet while she is touring Sweden. It premiered at the 23rd Berlin International Film Festival, and was later nominated for a Pulitzer prize.

6. She was the first black female director and producer at 20th Century Fox

In the 1970s, Angelou wrote and directed episodes of the TV show Visions, a long-running series of original dramas, and in 1982 she wrote and produced the award-winning film Sister, Sister. But it wasn’t until years later, in 1998, that Angelou directed her first feature film, Down in the Delta, at the age of 70.

7. Martin Luther King was killed on her 40th birthday, so she stopped celebrating it

In early 1968, Angelou had promised Martin Luther King Jr. she would help him raise money to fund a civil rights march. But she postponed the trip until after her birthday so she could throw a party in New York. As she was preparing dinner on the day, a friend delivered the news that King had been assassinated. Angelou said later: “Life stopped for me for a few days... I couldn't believe that this great man, this great dream, this great dreamer, this person who dared to love everybody, could be killed." After that, she didn’t celebrate her birthday for many years, but would always call, write to or meet up with King’s widow, Coretta Scott King. 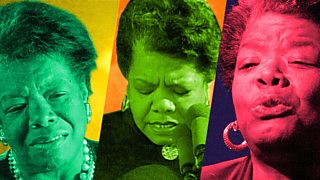 8. She has composition credits with Roberta Flack, BB King and Quincy Jones

A longtime friend of Roberta Flack, Angelou co-wrote And So It Goes for Flack’s 1988 album Oasis. And in 1968, she collaborated on two songs with Quincy Jones and BB King for the soundtrack to For Love of Ivy. Angelou once said, “Music was my refuge. I could crawl into the space between the notes and curl my back to loneliness.”

9. She wrote a poem for Michael Jackson’s memorial service

In ‘We Had Him’, Angelou described the shock of losing someone who was known to millions around the world. The poem was read at Jackson’s memorial service by the actress, rapper and musician Queen Latifah.

10. She spoke at least six languages

Angelou toured Europe as part of the hit opera Porgy and Bess in 1954-55, and spent time living in both Egypt and Ghana during the 1960s. As a result, she could speak French, Spanish, Italian, Arabic and the West African language Fanti. 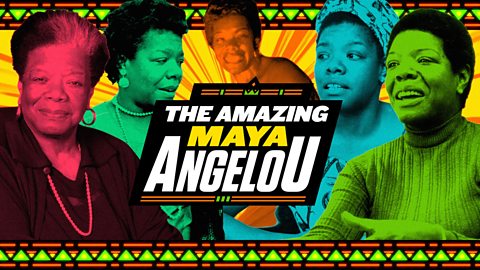