Should you pee on a jellyfish sting?

There are an estimated 150 million jellyfish stings worldwide every year. Some are serious and even life-threatening, but most are just painful. So what’s the best advice if you do get stung? 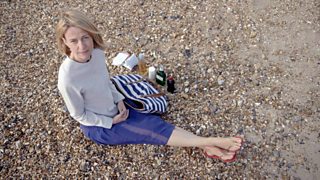 Surprisingly, even the experts have disagreed on the best way to treat jellyfish stings, until a series of experiments over the past few years came up with what seems the definitive solution.

Jellyfish have stinging cells (called nematocysts) in their dangling tentacles which fire like mini harpoons, so if you’ve been stung the first thing to do is check that you don’t still have some tentacles attached to your skin. If you do, scrape them off whilst trying not to touch them – try using a shell or credit card. Research has also shown that adding vinegar – a common remedy – is a good first step. The vinegar stops any stinging cells that haven’t yet delivered their venom from firing their venom load. DON’T wash the area with fresh water, as that encourages more cells to fire!

Vinegar, though, doesn’t help with the pain of the sting. Once the venom is in your skin, research has shown that many common remedies are useless: alcohol, Epsom salts, and peeing on the area do nothing – or even make the effects worse.

What DOES work, is heat. Heat is thought to break down the venom, stopping it from causing you pain. It may also act directly on your pain receptors, deadening them. So, if you have a heatpack, or even a hot drink at a temperature that you could drink, then use it to warm the affected area. Research has shown that you should try to do this for about half an hour – and that should help with the pain. Applying an icepack does NOT help for the pain (or stop the pain from spreading).

Heating the wound is also the best advice for stings from most sea creatures – including sea urchins, sting rays, cone snails, weeverfish and stonefish. The only thing it won’t work for is a sea snake bite – if you are bitten by one of these, then you will need the anti-venom as quickly as possible.