The Adventures of Lefty the Lonesome Loafer 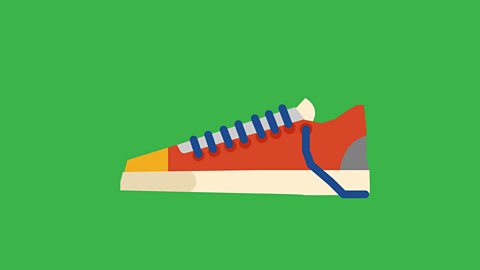 The Adventures of Lefty the Lonesome Loafer

Once upon a time, on a doormat not so far from you, in a town very much like yours, sat a pair of loafers named Lefty and Righty.

A pair of feet came down the stairs and slipped into the loafers, the man whose feet they were on, picked up a lead and called to his dog. 'Yippee' thought the loafers, 'Walkie time".

Down in the park, a group of boys were playing football and the ball rolled towards the walkers. The man who thought he was once the best footballer in town, returned the ball with a mighty kick. The ball sailed away followed by ... "Is it a bird?", "Is it a plane?", no, it was Lefty who flew gracefully over the fence and landed on top of a big black hearse.

The man was dismayed that his shoe had come off but on the other hand, or should we say the other foot, Righty had an idea this might happen, you see a Loafer by design is a slip on shoe and if a shoe can slip on, it can also slip off.

Righty looked left and all he could see was a sock with a big toe sticking out, looking like an albino mole blinking in the sunlight.

On top of the hearse, Lefty sat observing the town until the car turned into the Crematorium. The Undertaker in charge was confused about the shoe and thinking it must have belonged to Bob (the deceased) he placed it respectfully on the coffin.

Inside the Crematorium, the guests were equally confused as to why there was a shoe on the coffin but they kept quiet so as not to look stupid. The Vicar, equally bemused, said his piece and Lefty and Bob disappeared behind a curtain.

Lefty found himself in front of a big oven and thought he was done for, until a hand picked him up and chucked him through the door, to land next to a one-legged man sat on a bench. The man thought this was a gift from heaven and swapped his only scruffy shoe for Lefty, then hopped into town.

The man was happily enjoying his good luck when a small brown dog ran yapping towards him and grabbed his foot, pulling off the shoe and running away. "That dog's pinched my shoe", yelled the man angrily, so lots of people gave chase, including a Policeman.

At his home, the first man was stood next to the dustbin preparing to dispose of Righty, when a loud racket caught his attention. To his surprise, the man's own dog was being chased by a crowd of people, "That dog stole a shoe" puffed the Policeman,"No he didn't", replied the man, "That's my lost loafer" and showed the crowd the two shoes reunited - "You clever dog!" he exclaimed.