How shame has evolved in the digital age

Jon Ronson’s book So You’ve Been Publicly Shamed, now abridged and serialised for BBC Radio 4, explores how a new epidemic of public shaming now sweeps our land – reminiscent of the brutal public punishments of a bygone era.

How has shame evolved? And is shaming in the digital age even more terrifying and destructive than the forms of public retribution dished out in the past?

Acclaimed writer and journalist Jon Ronson relates his startling journey into the lives of the shamed.

A history of public shaming

Public shaming is nothing new. Throughout history, offenders have been disgraced in public places at the hands of their fellow citizens – what we might call “mob justice.”

Although we are no longer vilified out in the village square, brutal public shamings are still happening every day in cyber space.

In medieval Britain, shaming parades – where those deemed dishonest would be marched through the streets – were a part of normal life. In Tudor England, punishments became more creative. One source refers to how, in 1552, a pair who smuggled two pigs into London were forced to ride through the city’s streets with a carcass around each of their necks and a garland of trotters on their heads.

Tarring and feathering was a form of public retribution that endured for centuries, in which the accused would be stripped, covered in hot, sticky tar and rolled in feathers.

And then, of course, there was the pillory (a cousin of the stocks), which was used for social shaming from the middle ages to the late 18th century. The accused would stand at a wooden frame with holes for their head and hands, and the jeering public were encouraged to chuck rotten eggs, vegetables, offal – even bricks and stones – at them.

Although we are no longer vilified out in the village square, brutal public shamings are still happening every day in cyber space. And not just for serious crimes or infidelities. Modern mob-justice means even one ill-advised tweet can be career ending… 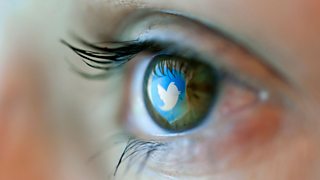 Online shaming can be brutal

When the renowned pop-psychology author Jonah Lehrer was exposed for misquoting Bob Dylan in one of his books and then lying about it, his downfall was swift. His book was pulped and his career was seemingly over.

But in some ways the worst was still to come. The shamed author agreed to give the keynote speech at an industry dinner – something that would be screened live via the organiser’s website. Jonah took the opportunity to give a public apology. The apology started well, but comparing himself to inadvertently imperfect FBI scientists turned out to be an ill-judged move – and not one the public were willing to let pass. Cruelly, a Twitter feed had been placed in the author’s eyeline so he was able to read, there and then, the tweets denouncing him as a “sociopath”, “self-deluded” and “tainted as a writer forever.”

One of the tweets that day drew a comparison with the public shamings of yesteryear: “Ugh, Jonah Lehrer is apologizing next to a live Twitter feed of people mocking him. It’s basically a 21st century town square flogging.” As Jonah himself told Jon Ronson, “The shaming process is brutal.”

In the worst cases of online shaming, internet trolls incite violence – calling for the humiliation, abuse and rape of those they choose to target. In some incidences these have become death threats, and the victims of the trolling have been forced into hiding.

Jon met twenty-one-year-old Mercedes Haefer, an activist with 4chan – the famous online meeting place for trolls. She explained how “4chan takes the worst thing it can imagine that person going through, and shouts for that to happen.”

In the digital age, shame spreads faster and is more wide-reaching

As 30-year-old Justine Sacco, the senior director of corporate communications at IAC, boarded a plane to Cape Town she tweeted, “Going to Africa. Hope I don’t get AIDS. Just kidding. I’m white!” When she landed 11 hours later she turned on her phone to discover that she was the number-one worldwide trend on Twitter – and not in a good way. That one tweet would change her life forever.

Justine insists that the tweet was never meant to be racist. She says it was “a joke about a situation that exists in post-apartheid South Africa, that we don’t pay attention to.” But no one was interested in the nuance of what she did or did not mean. In a short space of time, Justine’s misjudged comment generated around a hundred thousand tweets, many of which were calling for her to lose her job. When she eventually returned to her office it was to clear her desk.

Does putting yourself in someone else’s shoes change your view? 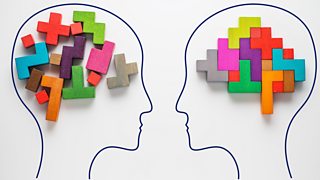 Claudia Hammond discusses why you can even become more entrenched in your own, original views.

For twenty years, a controversial law enforcer in Houston, Judge Ted Poe, dished out punishments more akin to the shaming parades of days gone by. A drink driver whose actions resulted in the deaths of two innocent people was ordered to hold a placard once a month for ten years in front of high schools and bars that read, “I KILLED TWO PEOPLE WHILE DRIVING DRUNK.”

Shamings today happen fast, with often devastating consequences. The internet imbues power on those who have never had it before.

But Judge Poe believes the public shaming we orchestrate online is worse than anything he could dream up. “The justice system in the West has a lot of problems,” says Poe, “but at least there are rules. You have basic rights as the accused. You have your day in court. You don’t have any rights when you’re accused on the Internet.”

In many cases the individuals being shamed are not criminals or people of power but, like Justine Sacco, private individuals who may not have done all that much wrong. Yet because those who target them are able to remain anonymous, or are just one voice within a much larger digital mob, they aren’t accountable for the level of punishment they dish out.

Are public shamings today more just than the punishments of the past?

Shamings today happen fast, with often devastating consequences. But if those targeted are guilty of misusing or ignoring their privilege then perhaps this response is justified. Jon explains how the Minnesota dentist Walter Palmer and his hunting party’s cruel stalking and killing of a much-loved lion “galvanized social media like never before.” As he points out, Palmer’s public shaming must have scared other Westerners out of booking big-game-hunting vacations.

The internet also imbues power on those who have never had it before. Bestselling author Jonah Lehrer’s dishonesty was exposed by a struggling freelance journalist. As Jon puts it, “the sort of person who used to be powerless.”

And when asked what sort of people gather on 4chan, Mercedes Haefer states, “A lot of them are bored, under-stimulated, over-persecuted, powerless kids… They know they can’t be anything they want. So they went to the Internet. On the Internet we have power in situations where we would otherwise be powerless.”

But this indiscriminate power can also be dangerous. As Jon puts it, “For the first time in 180 years – since the stocks and the pillory were outlawed – we have the power to determine the severity of public punishments… And so we have to think about what level of mercilessness we feel comfortable with.”

When we find ourselves shaming people “in a manner that echoes their transgression” is it time to stop?