How to speed up or slow down time

The speed of the clock doesn’t always match the way time feels as though it’s passing. The same duration can feel long or short depending on what you’re doing. If you only have 20 minutes to grab a sandwich with a friend at lunchtime, those moments will whizz by. But if you’re waiting for a train which takes 20 minutes to arrive, that identical period of time will feel very different. The good news is that you can change your perception of time.

If time is flying by too fast:

1. Fill your time with new activities

Modern research supports the 1885 advice of philosopher Jean-Marie Guyau. He said to lengthen time, “Fill it, if you have the chance, with a thousand new things”.

When you do lots of different things, time flies. But we perceive time in two different ways: we judge how fast it’s going right now and we also look back, asking ourselves how long it felt. We partly make that judgement by considering how many new memories we made, so the more different things you pack into one weekend, the longer that weekend will feel when it comes to Monday morning.

A weekend spent at home lazing and reading the papers will feel relaxing at the time, but gives rise to so few new memories that the weekend will not stand out from any other, making time appear to have gone faster. 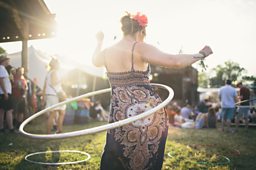 When you are tired and feel like doing nothing, watching TV might seem like the perfect activity; you don’t have to concentrate too hard, and it both distracts you from your worries and entertains you. So far, so good. But if you’re looking to slow down time, the problem with television – and the same applies to computer games and time spent online – is that it doesn’t lead to the formation of as many memories as other activities can.

Break routines whenever you can
Claudia Hammond

When you look back on an evening of TV-watching, it can feel as though it’s disappeared. There is a solution though: make sure you only watch TV programmes or films that are so good that you never forget them.

3. Take an unfamiliar route to work

Getting off the bus a stop early or even walking on the other side of the road gives you a new perspective, causing you to create new memories and giving you the sense that time is going more slowly.

Make an effort to notice what’s going on around you. Which building has the nicest roof? How were the bus seats made? Pay attention to whatever you find interesting.

4. Avoid routine to stop the years flashing by

Inevitably there are more routines as we get older, particularly in middle age when many people are parents. Children thrive on routine, but the difficulty for parents is that this can make the days all merge into one.

There’s a saying that if you have small children the days go slowly (full of repeated tasks such as feeding and changing them), but the years go quickly, made all the more salient by your ever-growing children.

It’s impossible to avoid all routine, but whenever you get the choice then go to a different shop or pub, instead of always going to the same one. Break routines whenever you can or all those memories merge into one. If you can create a life which feels both novel and entertaining in the present, the weeks and years will feel long in retrospect.

5. But think about whether you really want to slow time down

Although we might regret the speed at which the years appear to be flashing by, this might not be all bad. It could demonstrate that you have a life that’s both full and fulfilling, rather than empty and lonely. Research has shown that time feels as if it’s going more slowly if we’re depressed, bored or terrified, none of which are appealing mental states. So maybe we don’t really want time to go more slowly after all.

To speed time up:

1. Think differently about what you’re doing

To make time go faster if you are waiting in queue, reframe it as a time to rest.

In experiments we often judge the time waiting to be longer than it actually is. But if someone offered you a ten-minute rest doing nothing in the middle of a busy day at work, you might well welcome it. Maybe we should try to look on waiting times as a bonus break.

Nothing makes time drag quite as much as watching the clock. As soon as we focus on time itself, it moves more slowly.

3. If time is dragging, practise mindfulness

On a long train journey you might have your phone to play with or a book to read. But occasionally you will find yourself stuck with nothing to distract you. Look on this as the perfect opportunity to hone your skills at mindfulness.

Taking the senses one at a time, observe everything in the carriage. Notice all the different textures, the smooth, shiny poles, the slightly furry seats, the metal ridges on the floor. Then there are the smells, the sounds, the sights. Pay attention to your feet making contact with the floor, to your thighs touching the seat, to your own breathing. The more absorbed you become in the moment, the faster time will go.