By Annie Backhouse, Producer for Planet Earth: A Celebration

A music record for a 60 minute BBC natural history programme, with an entire orchestra, would take around nine hours. However, social distancing meant that all the different sections of an entire orchestra could no longer be recorded together. There is simply no studio large enough.

social distancing meant that the different sections of the orchestra could no longer be recorded together.

However, it was possible to invite 21 string musicians, from the BBC Concert Orchestra, to join Brit Award and Mercury Prize winner Dave on the grand piano and Hans Zimmer, via a screen, in the Great Hall, at Air Studios, London.

Before anyone could even enter the studio, sound engineers spent hours re-designing the layout to facilitate recording, re-laying cabling and re-positioning microphones to allow everyone a safe 2.5 metre distance. 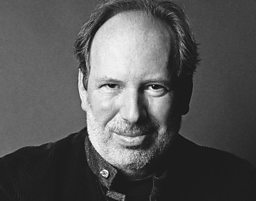 Safety was paramount in the USA too, Hans Zimmer was filmed at home on two cameras, which were left recording whilst the producer vacated the room. Thankfully he judged the headroom just right, and was rewarded with great shots of Hans, as he added his synthesised instrumentation.

With Sir David Attenborough isolating at home, his dining room had to double up as a studio.

In pre-pandemic times, it would have been possible to film the two music tracks featured in the programme in about an hour. However, with everyone positioned so far apart, the camera operators had to work especially hard, constantly repositioning, whilst the music was played over and over again to allow the director to get all the necessary shots. No doubt, both the orchestra and Dave had a classical sounding ear worm, long after the director announced, ‘That’s a wrap’.

Recording the new narration for Planet Earth: A Celebration wasn’t without its challenges either. With Sir David Attenborough isolating at home, his dining room had to double up as a studio. Professional recording studios are covered in sound proofing to remove unwanted echo, but some winter tog duvets hung from the walls had to suffice in the circumstances!

Dave and the strings section in full flow.

Having sterilised and quarantined the microphone for 72 hours, the sound operator left it to be collected from outside a back door while he set up his equipment at a table outside the dining room window. With the video link established, the commentary was recorded to pictures sent up from Bristol, where the executive producer was directing.

As Sir David tells us in the programme, in times like this, wildlife can be an inspiration to all of us.

The entire production team had to adapt quickly to this strange Covid-19 landscape, from the editor working remotely from his garage, video linked to the producer’s dining room, now office, to the composers in Los Angeles all working from home. But then, animals have always adapted to their changing environment.

As Sir David tells us in the programme, in times like this, wildlife can be an inspiration to all of us. With eight of the most spectacular scenes from Planet Earth II and Blue Planet II, set to a thrilling new score, hopefully Planet Earth: A Celebration, will be as uplifting for the audience as it was for everybody involved in the making of it.

Hopefully Planet Earth: A Celebration, will be as uplifting for the audience as it was for everybody involved in the making of it. 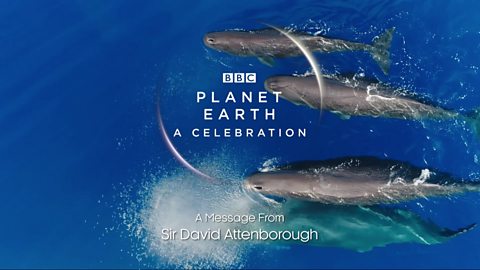 Coming to BBC One at 8pm Monday 31st August