Can a bedtime drink help me sleep?

In the UK, around 30% of us regularly suffer from poor sleep. Many people swear by particular remedies, and there are plenty of drinks that have built up a reputation for helping us to nod off. But what’s the evidence behind them, and is there anything that really works? 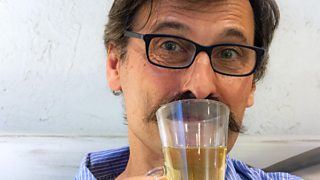 Many people swear by a nightcap, and there is some truth in the idea that alcohol helps us sleep. Alcohol not only makes us feel more relaxed, it also boosts our levels of a chemical called adenosine, which can make us feel drowsy and help induce sleep. However, these effects only last for a few hours, and when they wear off, our sleep will actually become more disrupted.

Milk contains the chemical tryptophan, which is essential for making another chemical called serotonin. Serotonin helps to make the sleep-inducing hormone melatonin. However, there is not enough evidence to suggest that taking tryptophan will consistently help people to fall asleep, or to sleep through the night.

There are a host of teas which are popular as bedtime drinks – in particular, teas containing camomile and valerian are claimed to help us sleep. However, the evidence base is not strong enough to show that either of these can be relied upon as a sleep aid. With camomile tea, at least one trial has shown that it could have a mild effect on sleep, but the camomile was taken in tablet form, and the dose was far stronger than that contained in a cup of tea. Many trials have been conducted involving valerian, but there is still no conclusive evidence that it works.

One thing that HAS been shown to help us sleep, is having a bedtime routine: doing the same things at the same time every night. If this routine includes a drink, in whatever form, then there isn’t any harm in continuing to do this, and it could be beneficial. Being well hydrated also helps – so a glass of water might be as effective a nightcap as any!