Costa Rica has long been celebrated for its leadership in environmental policy. In 2015, Costa Rica pledged to become carbon neutral (the result of a net zero release of carbon dioxide into the atmosphere) by 2021: the latest chapter in this small Central American country’s contribution to the climate change agenda. While this is indeed an ambitious and admirable goal there are two major challenges to realising carbon neutrality, which hold important lessons for others pursuing similar aims.

The first key challenge to achieving carbon neutrality concerns measurement. We cannot assess the emissions of a country until we decide for which emissions they are responsible. When we measure emissions, should we include only emissions produced within the country? Or also those produced outside a country’s borders, but on which its economy depends? For example, who is responsible for emissions produced from air and sea transportation? These are questions that the whole world confronts. 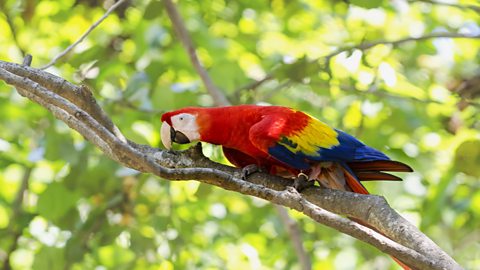 How Costa Rica became one of the greenest countries on Earth

In Costa Rica’s pledge to carbon neutrality, this challenge appears in several forms. The most obvious is air travel. Tourism is one of the country’s foremost economic sectors, yet the emissions produced by international air arrivals are not currently included in neutrality calculations.

Another concerns the unintended impact of green energy generation. Costa Rica is widely praised for its reliance on renewable energy but the majority of this (around 80% currently) comes from hydroelectric dams. Recent research suggests that in tropical countries like Costa Rica these dams actually produce significant emissions due to methane released from vegetation decaying within the dam’s reservoir. Some assessments claim this is more than an equivalent coal-fuelled power station!

If such emissions were included in calculations, there would be little hope of Costa Rica reaching its goal of carbon neutrality. But if they are not included in assessments, then how do we decide who is responsible for them? If we think about this globally, then the problem becomes enormous: significant types of emissions are not being accounted for. This is a significant challenge for individual countries pursuing emissions reductions and also for global climate negotiations.

A second key challenge is finance. The Costa Rican government has always been frank in saying that achieving neutrality depends on international financial support. Yet this finance has been slow to materialize. In part this is due to the stalling of international negotiations prior to the 2015 Paris Agreement. But there is also a deeper problem. In order to meet the expectations of “market-based” mechanisms in global environmental policy, Costa Rica must generate at least as much revenue from climate finance as that produced by its carbon-emitting industries. This is a tall order for any country.

In addition, the main means of financing low-carbon development in lower-income countries is as compensation for emissions in high-income societies. This offsetting creates a direct economic incentive for such financing. The problem with this is that it means Costa Rica’s emission reductions would be attributed to the foreign financer. This brings back our first question about how we decide who should be accountable for what types of emissions.

It also raises another point about measurement. If Costa Rica sells its so-called carbon sinks (anything that absorbs more carbon than it emits e.g. forests) as offsets for foreign emissions, then these cannot be used to calculate its domestic reductions. Yet if it does not sell there is little motivation for external actors (people who invest in the country on the basis of offsetting carbon activities elsewhere. For example, the World Bank, German Technical Co-operation Agency and a large variety of NGOs.)
to invest in its reductions at home, since they receive no direct benefit. As a result, there is a fundamental tension between international emissions trading and national neutrality initiatives like Costa Rica’s.

As the international community continues to debate the role of carbon markets, these fundamental tensions must be addressed or we will fall short of our commitments.

Robert Fletcher is Associate Professor in the Sociology of Development and Change group at Wageningen University in the Netherlands. He is the author of Romancing the Wild: Cultural Dimensions of Ecotourism and co-editor of NatureTM Inc.: Environmental Conservation in the Neoliberal Age.