Two Minute Masterpiece is back 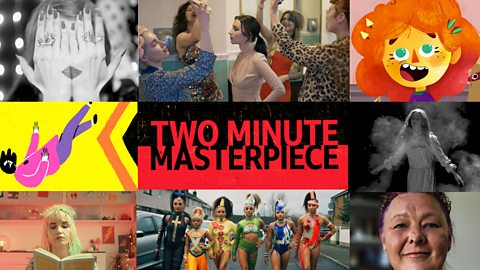 The search is on for the next generation of female filmmakers in Northern Ireland.

Two Minute Masterpiece is a talent development scheme that encourages the next generation of filmmakers to push their creative boundaries and reflect their experience of living in Northern Ireland today.

Statistically, female film producers and directors are underrepresented in the media industry. This series of Two Minute Masterpiece will provide a platform to showcase the diversity, creativity and artistic vision of emerging female filmmakers in Northern Ireland.

BBC NI, in partnership with Northern Ireland Screen, is offering up to six female filmmakers the opportunity to create their own amazing two minute film.

All genres of film and styles of animation will be considered.

We encourage submissions by females from diverse backgrounds whose themes and voices aren't frequently showcased on BBC platforms.

Shortlisted candidates will be invited to an online pitching and mentorship session with industry professionals, and will pitch their ideas to a BBC NI commissioning panel.

Chosen filmmakers will be paired with an industry mentor and given a production fund of £2000 towards realising their cinematic vision. These commissioned films are shown on various BBC platforms, with some potentially being screened on BBC Four.

If you are an emerging female filmmaker with a story to tell, we want to hear from you.

Full details on how to enter can be found here.

Below is the timetable for this round - please only send an idea if you are available on these dates.