Louis Theroux: Eight things we learned when he talked to Joe Wicks

As one of the world’s most famous documentary makers, Louis Theroux is used to being the one asking the questions. However, on The Joe Wicks Podcast, Louis opens up to Joe about his fear of chimpanzees, his workout regime and his time spent napping in toilets.

Here are eight things we learned. 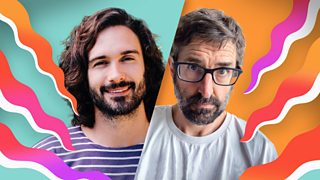 1. Louis did (almost) every day of PE With Joe

No lazy lockdown for Louis. He’s done every single day of Joe Wick's Youtube workout series PE With Joe, except for one. And on that day he was doing an interview talking about Joe. Louis says that thanks to the workout he’s in maybe the best shape of his life. He used Joe’s workout as a way to give his lockdown days structure. “I’ve done it religiously,” he says. “It’s almost a safety blanket. When so much is weird in lockdown… and with everything going on, just having something in the diary that was non-negotiable, every morning [really helped].”

2. He says his most challenging documentaries are the sad ones

Louis has faced all kinds of extraordinary situations for his documentaries, including hanging out with Neo Nazis and investigating the Church of Scientology. He says the toughest ones, however, are “stories to do with intimacy and vulnerability.” He says the challenge is in telling someone’s story responsibly and cites Mothers On The Edge, about postnatal depression and postpartum psychosis. “Interviewing someone who’s in that profound position of having given birth and then feeling disconnected from the baby, it’s a hard conversation to have. I feel a certain amount of pressure to get it right.” 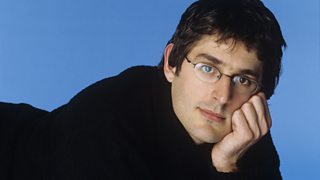 "I am a little awkward" – Louis Theroux

Louis talks about his interview style on The Joe Wicks Podcast. 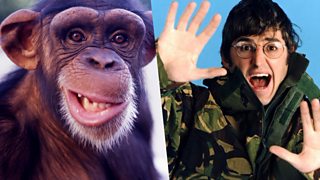 Apparently sometimes what they do is rip off your testicles and bite your nose. I have quite a big nose. I thought that would be catnip to chimpanzees.
Louis Theroux on his fear of chimps

In one of Louis’ documentaries, America’s Most Dangerous Pets, he was introduced to some domestic chimpanzees. He did not enjoy it. “I’d read a lot about chimpanzees ripping your face off,” he says. “Apparently sometimes what they do is rip off your testicles and bite your nose. I have quite a big nose. I thought that would be catnip to chimpanzees.” Fortunately, he left with nose, and everything else, intact.

Louis likes his sleep. As the father of a five-year-old, he doesn’t get as much as he likes, so he’s a firm believer in an afternoon nap. “A lot of my physical and mental wellbeing depends on how well I’ve slept,” he says. “As I’ve got older I’ve found that a little nap in the day, if I can get away with it, [really helps]… Just 10-15 minutes.”

5. He says the BBC toilets were his preferred napping spot

Louis does not like to go to bed for his naps, because, “if you sleep too long it’s counterproductive.” Instead he prefers to go to the loo and lean against a wall. He says the BBC London office has the ideal loos for a nap. “The BBC used to have these toilets where if you didn’t move… after three minutes or so the lights would go out,” he says, “which was perfect.” (The excellence of the BBC loos for napping purposes is the opinion of Louis Theroux only and is not endorsed or encouraged by the BBC). 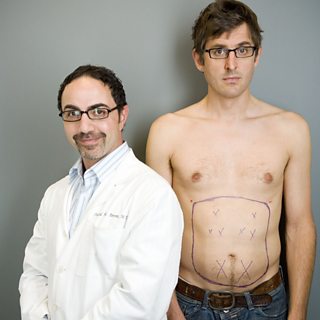 An image from the documentary Louis Theroux : Under The Knife

For Louis Theroux: Under The Knife, a documentary about cosmetic surgery, Louis underwent liposuction and worried it might be fatal. “I was wide awake while they were doing it. I remember [thinking about] James Brown, the soul singer, and how his wife died getting plastic surgery. I thought, well maybe I’m going to die like James Brown’s wife.” Though he survived, clearly, he did not enjoy the process. “The only thing I can compare it to is [being cut by] an electric carving knife… I felt like a roast turkey.”

While Louis says he’s lucky to be “quite upbeat”, he does suffer from a “low-level feeling of something nagging at my equilibrium.” Or in other words, he’s a worrier. “It’s always slightly there,” he says. “I would get anxious about planning a party, or even a get together with friends… or going on holiday… My temperament tends to be someone who kind of worries about stuff.”

8. He gets recognised a lot in Scandinavia

Louis’ documentaries have been shown all over the world and he’s now famous on most continents. He says, however, that the level of attention he gets is somewhat random. “I get a lot of recognition in the UK and in Australia,” he says. "I don’t know what the logic is, but [I get recognised] in Belgium and Holland, and for some reason in Scandinavia quite a bit. And Israel.” In other places in the world he can go about his business unaccosted. “In places like America, it’s much less,” he says. “Although for some reason, in Portland, Oregon, I was recognised quite a lot. But most of the time in America I’m under the radar. Likewise France and Germany.”