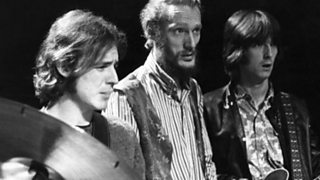 Sunshine of Your Love - Cream

Although one of their less successful singles in the UK, this was written by the group and became their biggest hit single in The States. Taken from their album, 'Disraeli Gears', it was named as the sixty-fifth greatest song of all time by Rolling Stone magazine in 2004 Cream’s record label initially rejected the idea of releasing the song as a single until Booker T. Jones of Booker T. and the MG's heard the band rehearsing the song in the recording studios and recommended it to the record company bosses resulting in them approving its release.

The follow up to the two ex-members of The Shadows’ number one hit, 'Diamonds' that like its predecessor was composed by Jerry Lordan. Following a triumphant appearance at the NME’s Poll Winners’ Concert at Wembley in 1963, the duo were deemed the highest grossing and most in demand act in the UK. Tony Meehan himself acted as both producer and musical director for both sides of this release.

When Jet and Tony were asked to appear in the movie, 'Just For Fun' alongside many top names in the music business including Bobby Vee, Mark Wynter, Joe Brown and Freddy Cannon, they were asked to come up with a song they could sing so Tony wrote this song about the popular dance craze of the time, 'The Hully Gully' and was released as the ‘B’ side to 'Scarlett O’ Hara'. 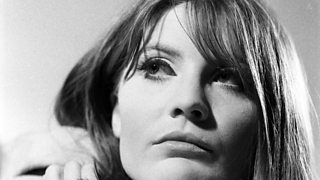 This track was taken from Sandie’s second album titled ‘Me’ that was released in November 1965, with half the songs including ‘I Know’ written by Chris Andrews who was responsible for many of her hit singles. The rest of the album was made up of material from various other writers as well as her own composition, ‘Till the Night Begins to Die’. The album ‘Me’ was considered a step forward from her debut album, ‘Sandie’ with more challenging material and although not as commercially successful as its predecessor, it was still considered an important release in her career.

Go For What You Know - The Superbs

Probably not that well known to British audiences, The Superbs hailed from Long Beach, California where they were considered one of the best soul and doo-wop harmony groups of the mid sixties. They released their first record, 'Storybook Of Love' on the Dore label in 1964 but their follow up, 'Baby Baby All The Time' proved more popular and found its way into the American Hot 100 be it at number eighty-three. Although that was their only chart single, they continued to release classy material and in 1966 they made a well considered attempt to capture the disco audiences with 'Go For What You Know' that later became popular on the Northern Soul Scene. Now the Kent Soul label have compiled two dozen of their finest releases under the heading of 'The Best Of The Superbs' that includes the aforementioned tracks.

Paul and Paula were Ray Hildebrand and Jill Jackson from Texas. This was the follow up to their American number one, 'Hey Paula'. They teamed up after performing on a charity fund raising programme on American radio. They went for an audition with established record producer, Major Bill Smith and sang 'Hey Paula' to him. So impressed, he took them straight into the studio and recorded a demo. Ray had originally written it as a six minute song but part of it was edited out in the studio as it was considered too long for a single but the deleted material was turned into this follow up. Soon after the release of 'Young Lovers' Ray decided he didn’t want to sing anymore and quit during a tour. Jill tried to preserve the act with a new partner parading as ‘Paul’ but it was all a bit too late 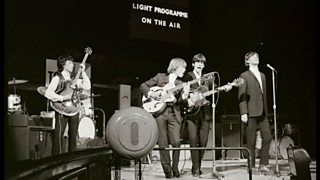 The Rolling Stones recorded two versions of this Mick Jagger and Keith Richard song that the pair wrote whilst enjoying a trip to Brazil. The familiar hit we all know and love and the country styled 'Country Honk' that appeared on their 'Let It Bleed' album with slightly amended lyrics and a different guitar introduction that was also one of the last sessions on which Brian Jones was present before his death. The single of 'Honky Tonk Women' was released the day after his passing.

Ten years before The Rolling Stones hit, The Fabulous Playboys entered the recording studios with a song called 'Honky Tonk Woman', it was written and produced by Don Davis in 1959 in studios in Detroit but it wasn’t until two years later that they finally managed to get the record released on the small Apollo label. The group began their career as The Frenesis before becoming The Fabulous Playboys and later The Falcons.

I Love How You Love Me - Jimmy Crawford

A cover of the original American top ten hit by The Paris Sisters from 1961 by Jimmy Crawford who hails from the same region of Sheffield as fellow performers, Dave Berry, Mick Jones and Joe Cocker. He represented his town as a champion swimmer after overcoming his childhood fear of water. After a couple of further releases, he emerged as Jimmy Crawford and the Ravens before his next venture as Jimmy Crawford and the Messengers, formed in early 1963 but was short-lived as they split in September of the same year only to form Jimmy Crawford with The Chantelles as well as other groupings over the coming years. In 1977 he embarked on a six month tour of Australia. 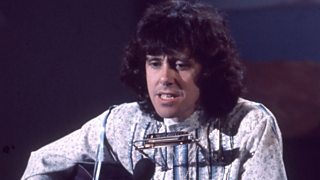 The title has been listed in the past as simply 'Barabajagal', as well as 'Goo Goo Barabajagal (Love Is Hot)' which was how it appeared on the original single. Apart from the presence of The Jeff Beck Group with Ronnie Wood on bass and Nicky Hopkins on piano, the backing vocalists were Lesley Duncan and Madeline Bell. Donovan agreed in an interview that Barabajagal was an invented word and was inspired by the “goo goo ga joob” from The Beatles’ 'I Am The Walrus'.

Barbara wrote this song with Motown guru Ron Miller and the incredibly named Coleridge Taylor Perkins, a composer whose interests spanned the worlds of jazz, dance, pop, film, television, and classical music. By the time Barbara signed to Motown, she was already an established actress and one of the first African-American entertainers to get her own televised variety show across the US and became one of the earliest black women to pose naked for Playboy magazine. Her single, 'You’re Gonna Love My Baby' joins the list of very expensive collectables valued at around four hundred pound for an original mint copy.

Don't You Think It's Time - Mike Berry & The Outlaws

Written by Geoff Goddard and the record’s producer, Joe Meek, (you can find Bob Stanley's blog on Joe Meek here) this was by far the biggest of the three top forty hits achieved by Mike in the sixties. He then had to wait over twenty-seven years for his next taste of the charts when he reached number nine in 1990 with 'The Sunshine Of Your Smile'.