Are plant-based milks healthier than dairy?

Our supermarkets today sell an ever growing array of “alternative milks”. Mostly, these are plant-based: oat, coconut, rice, soy, almond, hazelnut, hemp and even pea are just a few. In the past 20 years, the consumption of dairy in the UK has dropped by 30%, even though the trend worldwide has risen every year since 1998. The IFCN Dairy Research Council expect milk demand to rise 35% by 2030. We set out to find why the milk market is changing in the UK, and how the alternative milks compare nutritionally to dairy. 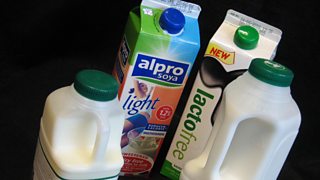 Why the shift from cow’s milk?

For over a century, cow’s milk has been handed out to school kids, considered a complete package of nutritional sustenance. So why during the past decade has there been such a shift to alternative milks? Some of the reasons include:

First of all, we focused on protein.

In 100ml of cow’s milk, there are about 3.6 grams of protein. Crucially, this protein contains all the essential amino acids that are vital for the mental and physical development of young children. Most plant-based milks have lower levels of protein, and are not a substitute for the nutritional protein content. Soya milk is an exception to the rule, as it does contain all the essential amino acids, and almost the same amount of protein.

There’s no hiding the fact that cow’s milk does contain more saturated fat than all plant-based alternatives. However, the science behind saturated fats is complex and ever evolving, so more saturated fat doesn’t necessarily mean unhealthy living. A large-scale study revealed no increased risk of cardiovascular disease, stroke or cancer in those who consumed dairy. It also revealed that although some saturated fats in cow’s milk are bad for us, some have a protective effect on our heart.

Meanwhile in coconut milks, high levels of the saturated fat lauric acid are thought to promote brain development. (Lauric acid is also found in breast milk) If you take coconut milk out of the equation, plant-based alternatives have very low levels of saturated fats, with rice milk containing virtually none.

Another factor to be aware of are carbohydrate levels in rice milk. They contain almost double that of cow’s milk and almost 10 times that of some other plant milks.

Lastly, we looked at calcium…

Cow’s milk is known for it – healthy bones and teeth have long been associated with drinking milk. But do the milk alternatives compare? Yes, they do, because the manufacturers tend to fortify them with it. Some forms of calcium are more readily absorbed by our body than others, however, and the calcium in cow’s milk (which is not added) is more readily absorbed because of the lactose content. When checking plant-based alternatives, look for calcium carbonate (CaCO3). Calcium in this form is thought to be readily absorbed.

Is there anything else?

Yes – cow’s milk contains nearly an entire daily dose of iodine, which is essential for thyroid development, and recommended for women of child-bearing age as it is important for foetal brain growth and bone development. Plant-based alternatives, on average, contain only 2% of the iodine level found in cow’s milk. Some producers are starting to add iodine, but if you concerned about not getting enough, it’s worth checking.

In terms of nutritional content, it’s very difficult to beat cow’s milk. A tip though is to shake the carton before drinking as some of the goodies can sink to the bottom. If you are intolerant or allergic to dairy, its worth considering the following: