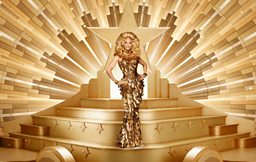 In 2016, the phrase "throw shade" was added to the Oxford English Dictionary. It made it there, in part, thanks to the glorious phenomenon that is RuPaul’s Drag Race. But what else has the icon that is RuPaul and his globally successful show given to the world? Kat Brown investigates…

Much in the same way that Madonna, undeniable icon though she is, in no way invented voguing, neither did the queens on RuPaul’s Drag Race invent the concept of "shade", "realness" or any of the other essential sayings liberally adopted wholesale by the internet. But what the show has done is continually provide a potted queer history. Whether it’s through highlighting ball culture, trans activism, gender fluidity, or queens like the legendary Lady Bunny; or simply by allowing the contestants to talk about their lived experience, the show has put an all too rare slice of gay and trans history in American (and the world’s) living rooms and laptops.

From RuPaul raising a pair of opera glasses to say archly, “I can’t wait to see how this pans out”, to season four queen Latrice Royale’s “the shaaaaade of it all”, social media’s gif game has been vastly bolstered by nine seasons of this show. A gif reaction needs to encapsulate maximum emotion, drama, and appearance – and the queens on Drag Race have all three in spades. Tumblr couldn’t create gifs fast enough in the early seasons, and the joy of so many strong characters, and sound-bites, means that there is a reaction for absolutely every occasion. Season 6 winner Bianca Del Rio named one of her world tours after her own much-gif’d catchphrase, “Not today Satan”.

3. ‘Throwing Shade’ and Other Essential Additions To The Lexicon

Having previously been co-opted by the likes of America’s Next Top Model (Tyra Banks’s use of the "fierce" descriptor, for example, stems from the African American gay community), minority queer culture returned the favour as Drag Race joyfully pastiched Top Model. But you won’t hear fierce anymore: instead it’s all about "tea" (gossip, truth), "shade" (all-too accurate slander), and "realness" (an accurate depiction), along with RuPaul catchphrases such as “you better werk” (put some bloody effort in) and her parting farewell to fired contestants, “now sashay away”. As with the reaction gifs, the theatrical nature of the language has made it a perfect match for the emotionally-driven arena of social media, that is always in need of a witty riposte or damning putdown.

4. The Power of Femininity

Historically, "sissy" has been used as an insult against feminine-seeming men. Ru-Paul’s Drag Race not only reclaims the word – “now sissy that walk” is the phrase said at the top of each catwalk, usually preceding a demonstration of almost gob-smacking creativity – but shows that adopting a truly feminine character requires massive amounts of charisma and self-confidence. The show is wildly popular with women, not simply because of the incredible looks and transformations served by each queen, but because it is a celebration of feminine mystique in all its forms. 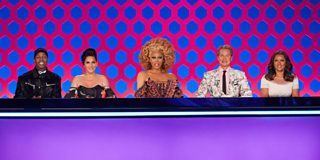 The little show that could has turned into a global behemoth, with tours around the world each year, and an annual convention in Los Angeles. Last year, a second US convention launched in New York, while London hosted the first European edition, DragWorld UK, which saw a number of the show’s queens and RuPaul’s right-hand judge, Michelle Visage, holding court. And as fabulous, glamorous and downright funny as the queens are, the real joy came from seeing the response of teenagers to meeting their idols. RuPaul and Visage are giving hope to lost kids around the world, whatever their gender, ethnic background or sexuality. By sharing their stories, the Drag Race contestants are giving comfort and inspiration to viewers, as well as swathes of entertainment.

The Unpopped Podcast recently looked at RuPaul’s Drag Race and the language of the show. Subscribe and listen to the podcast.

More Podcasts from the BBC