The other Eurovision: 18 young virtuosos pitch up in Edinburgh

We all think we know Eurovision. Outrageous costumes, cheeky routines, four to the floor pop bangers? Well, not always… Eurovision Young Musicians is, on the surface, a little more dignified than its cousin. But behind the polished performances lie parallel levels of passion and ambition.

The 18 young musicians who are competing in Edinburgh

Eighteen musicians will compete for the Eurovision Young Musicians title in August as part of the Edinburgh International Festival, and nobody gets to be this good without seriously hard work and commitment. Unlike its brasher cousin the annual song contest, it features sensible shoes, stationary performers and concertos, but on display are the passion and ambition that might just launch an international career in music.

As violinists Isabelle Van Keulen and Julian Rachlin have found, the competition is a great platform from which to launch an international career.

The contestants, who must be under 21, have all either won a televised competition or been selected by a committee of musical experts in their home country. After two days of semi-finals in which each contestant gives a short public recital, the eighteen contestants will be whittled down to just six by the panel of judges.

For the final a few days later, those six will perform a concerto movement accompanied by the BBC Scottish Symphony Orchestra conducted by Thomas Dausgaard.

It’s the first time the competition has been staged in the UK since 1982, the year it began. The winner in Manchester that year was the 16-year-old German pianist Markus Pawlik, who received a cash prize of £1000 and invaluable exposure.

Subsequent winners, such as the violinists Isabelle Van Keulen and Julian Rachlin, have also found that the competition is a great platform from which to launch an international career. The finals are broadcast live across the Eurovision network and sometimes in Australia and Canada too.

Of course, it’s not only the winners who go on to be stars. Sometimes the runners-up shine just as brightly. Pianists Leif Ove Andsnes and Olli Mustonen both finished second in their respective years but are now at the top of the profession.

Isabelle van Keulen in 2006; the Dutch violinist won the competition in 1984 | Getty Images

Theoretically, any of the 56 countries where the European Broadcasting Union’s 119 member organisations are based can choose to enter, but many have come and gone over the years. For example, this year sees the very first appearance of a competitor from Albania.

The 2012 final featured the cimbalom, a flat stringed instrument played with beaters, much beloved of film composer John Barry.

Ironically, given that we started it, the UK hasn’t entered the biennial competition since 2010. But as 2018 marks the 40th birthday of the BBC’s own Young Musician competition it’s a propitious year to return. That anniversary was marked by a celebratory Prom featuring past winners, some of whom are also alumni of the European competition such as Emma Johnson, Adrian Spillett and our only winner to date, the cellist Natalie Clein. At this year’s competition the UK’s hopes rest on the winner of the string category at the BBC event, the cellist Maxim Calver.

Over the years there has been a preponderance of winners playing the piano and violin, as you would expect given the popularity of those instruments among young learners, but this year’s competition features five cellists so all bets are off.

In previous competitions, finalists have performed on the organ, accordion and harmonica and the 2012 final featured both the cimbalom, a flat stringed instrument played with beaters and much beloved of film composer John Barry (see The Ipcress File and The Persuaders), and the kanun, a type of large zither (see The Third Man). Armenia’s Narek Kazazyan came third on the kanun.

The opening credits of The Ipcress File, with music by John Barry

A few of this year’s contestants stand out, on paper at least. The cellist Francesco Stefanelli should be the most relaxed, being the only contestant to have taken part before. He made the finals in 2016. Francesco also has the advantage of hailing from the Most Serene Republic of San Marino.

The Russian pianist Ivan Bessonov didn’t just have to beat other instrumentalists to secure his place in the competition. On the Russian TV talent show Sinyaya Ptitsa (Blue Bird), in which all the contestants have to be under 15, Ivan was up against pop singers, ballet and folk dancers and even circus acts. His Edinburgh rivals might seem a trifle tame by comparison.

Hungarian saxophonist Máté Bencze will quite literally stand out, being over 6’ 6” tall, a keen basketball player, a skilled BMX rider and a fan of various extreme sports. 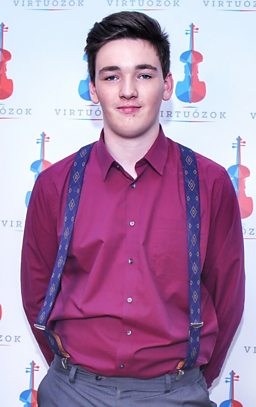 The affection previous winners clearly feel for the competition is demonstrated by their willingness to come back as judges. Markus Pawlik, the first ever winner, reappeared as a judge in 2014 and Julian Rachlin, who won in 1988, was the chair in 2016. 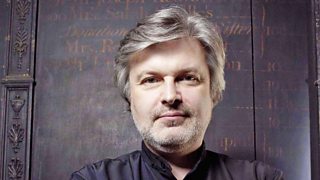 The judging panels have never been short of big names, such as Yehudi Menuhin, Pascal Rogé and Esa-Pekka Salonen, and when the competition was staged in Poland in 1994 the distinguished composer Henryk Gorecki chaired the jury.

The judges in Edinburgh this year for the semi-finals are the British bassoonist Ursula Leveaux, the Spanish percussionist Noè Roderigo Gisbert, Sinae Lee, a Korean pianist who now lives in Glasgow and the chair David Watkin, conductor and Head of Strings at the Royal Conservatoire of Scotland.

Watkin is also on the judging panel for the final, alongside conductor Marin Alsop, composer and conductor Sir James MacMillan, composer, producer and performer Anna Meredith, and head of music at the Edinburgh International Festival, Andrew Moore.

You can follow the stages of the competition as follows:

The winner will receive a custom-made engraved trophy, a cash prize and a performance opportunity with the BBC Scottish Symphony Orchestra

Announcement of the finalists

At the time of publication there was some limited availability for seats at the final, which starts at 7pm on Thursday 23 August in Edinburgh’s Usher Hall. Check eif.co.uk for tickets. Tickets for the semi-finals are sold out.

Coincidentally, The Usher Hall was also the venue for the Eurovision Song Contest in 1972 won, since you’re asking, by Luxembourg with Après toi. Luxembourg are not sending a competitor to Eurovision Young Musicians this year so there’s no chance of them doing the double.

Saxophonist Jan Tominić is 14 and represents Croatia; 18-year-old Bernice Sammut Attard is the first student from Malta to attend Chetham's School of Music in Manchester, where she studies piano, her Eurovision instrument, as well as violin

More from the Edinburgh Festivals 2018