Melissa Alcantara: Nine things we learned when she chatted to Joe Wicks

Just a few years ago, Melissa Alcantara was working as a waitress. Now she’s Kim Kardashian’s personal trainer, with one million Instagram followers. On this week’s podcast, she tells Joe how she changed her life. Here are nine things we learned. 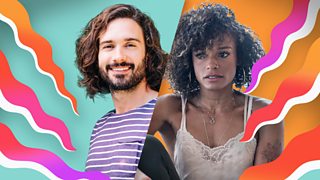 1. Her path to fitness began after she had a baby 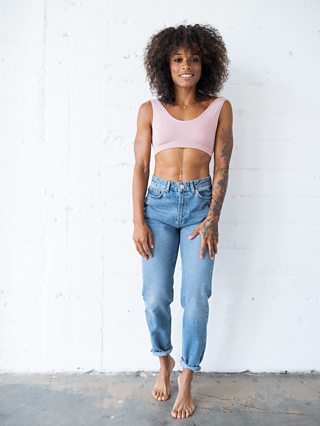 I always had low self-esteem. I was big, then small, then chunky. I would starve myself. I didn’t do it the right way.
Melissa on life before her fitness epiphany

If you’ve seen her on Instagram, you’ll know that Melissa is extremely dedicated to exercise and has the muscles to prove it. She wasn’t always this way. Melissa tells Joe she was never naturally athletic and spent years with a chaotic attitude to health. “My entire life I’d been yo-yo dieting,” she says. “I always had low self-esteem. I was big, then small, then chunky. I would starve myself. I didn’t do it the right way.” Her fitness epiphany came after her first pregnancy, when she gained 70lb. Shortly after her baby was born, Melissa saw an advert for the Insanity exercise programme and committed herself to it. “I got up every day at 5am to exercise,” she says. “I hated it.” But she stuck to it.

Melissa used to work in production, in a very well-paying job. As fitness became her passion and she decided to make it the focus of her career, she quit that job. Following an open audition, she became one of the faces of a new Insanity campaign. “That was my first little bit of fame,” she says. She took a job in a restaurant to give her more time to focus on fitness. “I went from $100,000 a year to $7.50 an hour as a hostess. I knew if I stayed in production, I was never going to move forward with what I wanted to do for myself.”

The moment that changed Melissa’s life was when she got an Instagram DM from Kim Kardashian, asking her to be her trainer. It came as a total shock, but at the perfect time. “I was living in New York, but I’d just bought a one-way ticket to LA. I was a waitress in Brooklyn. How did she find me? Of all the fitness people.” Already planning a new life in California, she now had a job when she got there. “It was fate. Destiny. I’ve been training her every day since then.”

4. She cleared all her debt in one day

Despite her A-list client, when Melissa first arrived in LA, she was in a lot of debt. “We were renting a two-bedroom apartment that we could not afford, in West Hollywood. We would Airbnb one of the bedrooms and our family of four people and a dog were staying in the other bedroom… I was selling a workout programme for $50. Every two weeks, a person would buy it and we would jump up and down.” Then she appeared on an episode of Keeping Up with the Kardashians, with Kim introducing her to the world. The effect on her finances was instant. “We were $40,000 in debt and we paid our debt on that day. It was insane.”

Melissa has now been training Kim Kardashian for three years and travels around the world with her. They work out five to six times per week. Melissa says they both work as hard as ever. “We’ve done bicep curls a million times, but I will still always explain to her how to do a bicep curl,” she says. “I want her to learn. I don’t want her to just do what I tell her for an hour… If you don’t take what you’ve learned in this life and pass that on… what’s the point?” 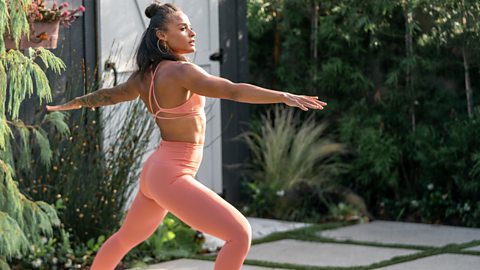 "It's about being present" – Melissa Alcantara

Clip from The Joe Wicks Podcast.

6. She believes in starting the day early

Melissa says the best thing for her mental health is getting outside before the rest of the world is awake. “The very, very early morning is my favourite part of the day,” she says. “That’s when I’ll go take a ride [on my motorbike] and do something outdoorsy, before everyone else is up, before the text messages come in, before the emails. I feel like I’m the only one who exists… Wake up at the crack of dawn and take a couple of hours for yourself.” 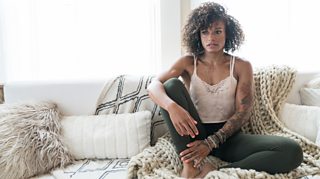 Say yes to you. Every time you say yes to you, you're putting these little love tokens in your bucket and you're only becoming a better person.
Melissa Alcantara

7. She lives by a very simple mantra

Melissa says she often finds her mind racing and struggles to relax. After seeing a therapist, she learned a really straightforward way to stay in the moment. “I was always [thinking about] the past, or the future, and giving myself anxiety. I didn't understand why. So [my therapist told me] to always say this little mantra: ‘I'm driving; I'm walking; I'm cooking.’” Whatever task she was doing, she would keep telling herself she was doing it. “It brings you back to the moment.”

8. She thinks every successful person starts with believing in themselves

Despite her early lack of self-esteem, Melissa says she always believed that she could achieve what she wanted. She tells everyone else to do the same. “Everyone should always do what’s best for themselves and what’s going to make them the best version of themselves… People say, ‘Hey, how am I going to be a fitness person? There are so many fitness people.’ But there’s only one of you and somebody is going to love you for who you are.”

9. She believes in the power of yes

Melissa’s life philosophy comes down to always saying yes to the things that will make you happy and no to the things that won’t. “When you say no to something, you're saying yes to something else,” she says. “Say yes to you. Every time you say yes to you, you're putting these little love tokens in your bucket and you're only becoming a better person. Why would you not want that for yourself?”

More from The Joe Wicks Podcast