Will cannabis live up to its promise as a wonder drug?

Around the world there is a huge patient demand for access to medical cannabis and it’s been claimed that it can help with a dizzying array of medical conditions from chronic pain to cancer. 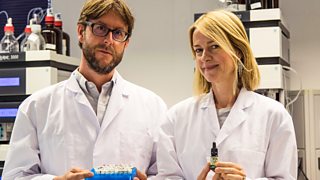 To date, cannabis has been legalised for medical use in more than 10 European countries, in Australia, Canada and in around 30 American states. In 2018 medical cannabis products that met safety and quality standards were legalised in the UK for patients with “exceptional clinical need” but this decision remains controversial, with many arguing that access doesn’t go far enough.

So why is cannabis so controversial? And what do we know about the potential benefits and risks?

All plants contain hundreds of chemical compounds, but at least 100 of the chemical compounds found in cannabis are not found anywhere else. They’re called cannabinoids, and they can have an effect on the human body.

There are two particular cannabinoids that are thought to have a therapeutic effect – CBD (cannabidiol) and THC (delta-9-tetrahydrocannabinol). The problem is that there’s still a lot that we don’t know about these compounds such as which conditions they effect, or whether they need to work separately or in combination with the other compounds found in the plant - something scientists refer to as the ‘entourage effect’.

Another factor that makes the cannabis plant so complicated is that there are thought to be over 700 cultivated varieties, all containing different amounts of CBD and THC. So unless the cannabis comes from a known plant variety grown in controlled conditions, you don’t know exactly what you’re getting.

Finally, there are a wide range of possible delivery mechanisms for cannabis – for example it can be inhaled, swallowed in a capsule or infusion, dissolved in oil or applied in a cream. In each case the cannabis will move through and affect the body in a different way.

This complexity presents researchers with significant challenges when it comes to measuring and analysing the therapeutic effects of cannabis.

To date, much of the evidence suggesting cannabis could be an effective a medical treatment is anecdotal. Only in a few conditions have enough clinical trials been done to prove scientifically that the drug is safe and effective. A recent UK government review found conclusive evidence that medical cannabis can have a therapeutic effect in a few specific conditions: chronic pain, nausea and vomiting caused as side effects of cancer therapies, and muscle spasticity symptoms in MS.

This doesn’t mean that cannabis isn’t effective in the treatment of other conditions, it just means we don’t yet have enough evidence to know IF it works, HOW it works, and crucially, whether it’s safe.

To fill these gaps in our knowledge, a growing number of clinical trials are now taking place all over the world, looking at conditions such as childhood epilepsy, PTSD, and autism.

While we wait for the results from more clinical trials, many patients around the world are accessing unregulated cannabis products – something that some experts are concerned about.

Gabriel Weston met Dr Marcel Bonn-Miller who is running a clinical trial in the United States looking at cannabis and PTSD. He warned that while research so far suggests that CBD does not have any worrying side effects, THC can affect memory, concentration and reaction times and could even cause psychosis. There is also a risk that users could develop a dependency.

What’s more, due to the current lack of regulation in this area, customers can’t be sure about the quality of many of the products they are accessing. Gabriel visited Dr Arno Hazekamp who has analysed the quality of cannabis products being accessed for medical use in the Netherlands. In one study he tested 46 different CBD oils and found that many contained levels of THC that were too high, and that some were contaminated with bacteria. He also found that 7 out of the 46 samples contained no active ingredient at all.

It’s clear that the demand for medical cannabis isn’t going to go away, so what we need most of all in order to advance its use are more clinical trials. We need to find out exactly how cannabis works and where its use is most appropriate, and perhaps the best place to start is with the conditions where there is the greatest demand from patients.