Last weekend contestants from 18 countries arrived in Edinburgh for a week of Eurovision Young Musicians, the biennial classical music competition, held this year as part of the International Festival. The concert halls of the world await for winners of the prestigious award. 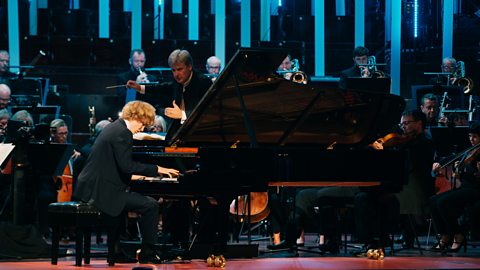 After some sparkling performances in the semi-finals, which were broadcast on the BBC Arts website, six musicians took part in the competition final at Edinburgh's iconic Usher Hall on Thursday 23 August.

Pianist Ivan Bessonov from Russia was announced the winner after a performance of Tchaikovsky's Piano Concerto No 1, 3rd movement. Nikola Pajanović from Slovenia finished second.

Highlight photographs of the evening's events are featured below.

Ivan Bessonov with his award, on-stage at the Usher Hall with the Jury, presenters and fellow performers / © Ryan Buchanan

More from the Edinburgh Festivals 2018