Seven astounding facts about the city of Baku

The highly anticipated Europa League final will take place in Baku. Thousands of British footy fans will be making their way across the continent in order to cheer on one of two Premiership teams about to battle it out. But where exactly is Baku, we hear you ask? What is it famous for? And are there any impressive facts we can wow our mates with as we watch the match?

Wonder no longer. We’ve brought together an abundance of facts about the beautiful port city that is the cultural, commercial and political capital of Azerbaijan.

Baku, capital of Azerbaijan, with the Flame Towers.

2. Baku is the largest city on the Caspian Sea

Baku sits along the western coast of the Caspian Sea. Covering an area of around 2,140 square kilometres, and with a population exceeding two million, it is the largest city located on the body of water and the biggest in the whole Caucasus region.

To put things in perspective, Azerbaijan’s capital is more than 200 square miles larger than Greater London.

3. Its nickname is the “City of Winds”

Baku is no stranger to gale-force winds.

The cold northern winds, the “khazri”, and the warm southern wind, known as the “gilavar”, blow throughout the year. The speed of the khazri can sometimes near 150 kph, causing damage to trees and roof tiles alike.

So prevalent is the blustery weather that the metropolis is in fact named after it. Baku is thought to derive from the Persian name “Bād-kube” – “bād” means “wind” and “kube” comes from “kubidan”, which means “to pound”.

4. It’s been around since the Bronze Age

These days it is a vision of modernity with it’s towering skyscrapers and bright lights, but rock carvings discovered nearby and a small bronze figure of a fish uncovered in Baku’s Old City suggest a Bronze Age settlement existed within the city's current footprint.

Does going first in penalties mean you win? 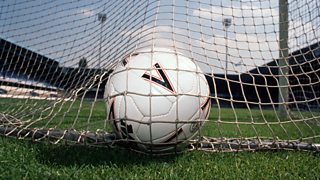 Not quite as old as that (but pretty ancient nonetheless) is Baku’s Maiden Tower. Constructed in the 11th to 12th century, this relic and famous symbol of the city is now a UNESCO World Heritage Site.

5. Baku is home to the Flame Towers

The most iconic landmarks on Baku’s skyline are three skyscrapers shaped like flames. The towers are a nod to the long history of fire worship in Azerbaijan, which has long been known as the “Land of Fire.” This is due to natural fires burning on hillsides, phenomena caused by gas seeping through fissures in the earth.

Not only are the towers shaped like flames, they are also covered in LED screens that display what looks like a moving fire. The Flame Towers are so large that this light show can be seen from even the farthest points of the city.

6. Baku has a museum for miniature books

The Baku Museum of Miniature Books is the only one of it’s kind in the world. The museum (which is actually quite spacious) houses over 6,500 books from 64 different countries, including a miniscule book of Beatles songs and a tiny 17th-century copy of The Quran.

But perhaps the most exciting exhibits are three of the world’s smallest books, just 2mm long, which can only be read with the use of a magnifying glass.

The former world chess champion Garry Kasparov, whom many consider to be the greatest chess player of all time, hailed from (you’ve guessed it) Baku. 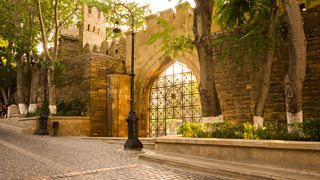 The chess prodigy Teymur Rajabov, who became International Grand Master at the age of just 14, also emerged from Azerbaijan’s capital.

It’s no surprise that the city is one of the world's leading chess centres, hosting international competitions every year such as the Baku Chess Grand Prix. (A bit slower paced than Azerbaijan’s Formula One Grand Prix, which also takes place in Baku.)