The Lovers by Rod Nordland

The Lovers tells the true story of a young Afghan couple from different ethnic backgrounds who are willing to risk everything for love - struggling to stay together in the face of danger and the threat of death that their relationship poses.

This is a riveting, real-life equivalent of The Kite Runner and an astonishingly powerful and profoundly moving portrayal that puts a human face on the ongoing debate about women’s rights in the Muslim world.

The book grew out of a series of articles Rod Nordland wrote for The New York Times in which he described the star crossed lovers as a modern day Romeo and Juliet. Zakia is a Sunni, her lover Mohammad Ali a Shia, and although as children growing up in the same village they would play together, as they grew older contact was strictly forbidden. By that point they were deeply in love.

When the author first encountered the couple, Zakia was locked up in a shelter and Mohammad was forbidden to see her. They escaped and were hiding in the mountains of Afghanistan where Nordland tracked them down as they continued to evade capture. They had no money and no food and relied on the kindness of strangers to give them shelter a day at a time as they remained on the run.

Rod Nordland is currently a correspondent-at-large for The New York Times, working throughout the Middle East and South Asia; he has also been the paper's bureau chief in Kabul for the past three years. 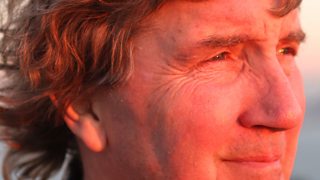 He shared a Pulitzer Prize for reporting in the US, was a Pulitzer Finalist for International Reporting, studied as a Nieman Fellow at Harvard, and has received many honors including two George Polk awards and half a dozen Overseas Press Club awards.

Nordland has worked for three decades as a foreign correspondent in over 150 countries. When not in Kabul, his second home is London.