The iconic albums of the 1980s are being celebrated for this year’s National Album Day on 10 October. So what better time to find out which 80s album YOU love above all the rest? 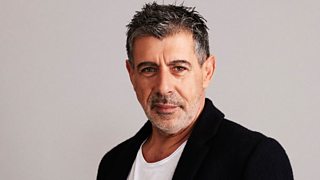 Sounds of the 80s with Gary Davies features a diverse mix of classic pop, dance, rock, hip-hop and alternative pop - new episodes are available each week on BBC Sounds.

Stadium rockers, pop megastars, New Romantics, synth-pop pioneers, indie gods, hip hop heroes, and beyond... the 80s had it all, in spades. We whittled them down (and believe us, it was tough!) to a shortlist of 50 of the most celebrated albums of the decade, and asked you to vote for your favourite.

The final 50 were selected by a panel of music experts, based on the best-selling albums of the decade, alongside those that have endured to this day, as well as some slow-burners that are now considered classics of the era, allowing just one album per artist.

Please note voting has now closed, but you can catch-up on the shortlist below.

The results will be revealed by Gary Davies in a Sounds Of The 80s Ultimate 80s Albums countdown special, on Radio 2 and BBC Sounds from 8pm on Friday 9 October.