Winston Churchill, Rudyard Kipling, Shakespeare, Richard Dawkins, Sir Fred Hoyle and Ralph Waldo Emerson. It sounds like someone’s selection for a fantasy dinner party but, in fact, these historical figures have one thing in common – they are all responsible for coining words and phrases.

Word "coinages", as they are known, are the subject of a new book by Ralph Keyes. Ralph trawled through books, newspapers and Google to hunt down their origins. In Radio 4's Word of Mouth, Michael Rosen found out more about the treasures within Ralph’s book, The Hidden History of Coined Words, including why "psychobabble" and "Big Bang" were bittersweet "word wins", and what the BBC has to do with roundabouts! 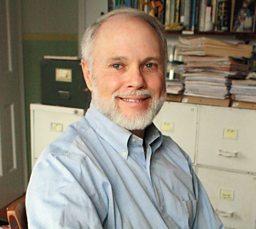 The more positive description of what can also be known as gentrification was claimed by real estate businessman James Rouse. However, according to Rouse’s biographer it was an architect friend of Rouse’s who coined it – Rouse simply “borrowed” it. 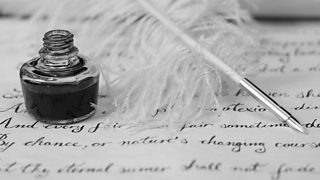 Estimates of Shakespearean coinages range from 200 to 10,000.

The word establishment was claimed in 1955 by British political journalist Henry Fairlie, but historian A J P Taylor objected and said he’d used it long before that. He’s borne out by the Oxford English Dictionary, which dates the first usage of establishment as 1923. However, Ralph traced it further back to essayist and philosopher Ralph Waldo Emerson, who used it in a lecture at Boston’s Masonic Temple in 1841.

It’s hardly surprising that writers have given us a number of word coinages, and even less of a surprise that Shakespeare is the most prolific of them. The estimates of the number of words created by Shakespeare, according to Keyes, range between over 200 and nearly 10,000! Among those attributed to him are: lonely, swagger, green-eyed and elbow as a verb. With so many to choose from, Ralph singles out some that didn’t make it, such as pudency (shyness), sprag (clever/lively), and the insult fustilarian (low-life).

Charles Dickens has a clutch of words attributed to him, including flummox and red tape. He gave the world the character of Scrooge, of course, and anyone considered miserly has had that name given to them ever since. Ralph picks out Dickens use of door mat in Great Expectations to mean a "put upon" person. Dickens used it as two words but it has since been shortened to one.

Ralph credits Rudyard Kipling, author of The Jungle Book and Kim, as someone who "didn't so much coin as escort words into the vernacular.” The prime example was Kipling using the military slang of to vet a recruit, derived from the careful examination a vet would give an animal, and bringing it into more general use for scrutinising someone.

In the 19th century, coining words wasn’t regarded as a "high status" thing to do, but that has changed over time and with scientific and technological advances. In his book The Selfish Gene, biologist Richard Dawkins adapted a Greek word to come up with meme in order to describe information conveyed by imitation. He was less successful with dundridge, taken from Tom Sharpe’s novel Blott on the Landscape, which he tried to introduce to mean "a petty, bossy, bureaucratic little rule-hound." As someone on Twitter pointed out, "what’s wrong with jobsworth?"

Ralph’s rules for creating your own coinages

1. Keep them short, terse, forceful, and not too fancy.

2. Unobtrusiveness is always a benefit. If you create a word that attracts too much attention to itself, people aren't going to find much use for it. 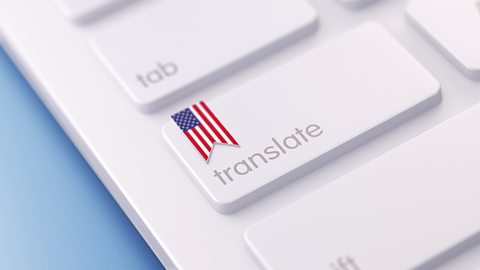 Ralph Keyes on some controversial Americanisms

Some Americanisms which sparked outrage started, er, back in Britain...

Ralph Keyes has a section in his book on taunt words or phrases – meaning words coined to ridicule someone or something but that ended up immortalising them. Quaker is one example. Big Bang is another. The Big Bang was coined by astronomer Sir Fred Hoyle, who hated the growing popularity of the idea that the birth of the universe came from a cataclysmic explosion. Rather than derision he’d hoped for, however, the name – and the theory – stuck. When he died in 2001, many of Hoyle’s obituaries billed him as coiner of The Big Bang Theory. This was very much a case of coinage that flipped! 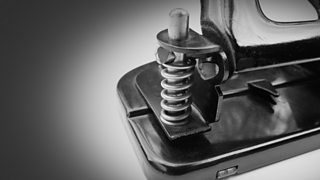 Assiduous word-coiner Winston Churchill renamed his hated hole-punch for the noise it made – klop. It didn't catch on...

Boston journalist Richard Rosen (no relation to Michael as far as he knows!) coined pyschobabble in the 1970s as a reaction to some of the wilder therapeutic practices of the time (e.g. primal screaming). Rosen’s book of the same name wasn’t a success, prompting Ralph to remark that it was “the best-known title of the least read book in literary history”.

No, not a misspelling of the Liverpool manager’s surname! This was a creation of Winston Churchill, who was a keen word-coiner. Churchill’s dislike for the noise created by the hole-punch in his office was matched only by his dislike of its name, so he renamed it a klop after the sound it made. It didn’t catch on, along with a number of other coinages he made, including fearthought for useless worrying and bottlescape after his hobby of painting bottles.

However, the WWII leader did leave us with one word legacy – using summit to mean an important meeting. It passed into the lexicon when, of the Cold War situation in 1950, Churchill said: “It is not easy to see how matters could be worsened by a parley at the summit.” Although he wasn’t thinking of summit in the way we use it now, the word took on a new meaning. As Ralph Keyes points out: “If Winston Churchill had said, let's parley at the apex. Would we be having apex meetings now? I don't think so.”

It may sound like a Monty Python sketch or, as Michael Rosen suggests, a skit involving the likes of David Mitchell, Stephen Fry or Sandi Toksvig, but there was a BBC committee in the 1930s charged with coming up with new words. Their original mission statement was to come up with an equivalent to listeners, but for television. Tele-viewers gave way to viewers, in the end. So, job done? Not so – they went on to coin all sorts of things, including the word roundabout instead of gyratory circus.

While the BBC committee scored a hit with roundabouts, they ended up over-reaching by suggesting Yulerie for Christmas festivities and inflex for an inferiority complex. “Finally the BBC [bosses] put the hammer down,” Keyes explains. “Cooler heads prevailed, and they said, 'enough, you're going to embarrass us!’”