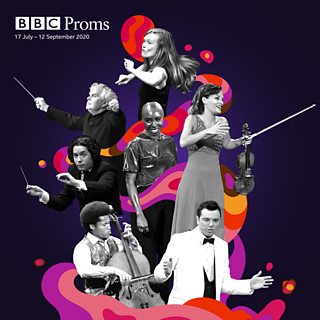 In the year that the Proms turns 125 years old, the 2020 season brings the spirit of the Proms to music-lovers at home with treasures from the archive and incredible live performances.

In challenging times, the BBC Proms continues its annual festival consisting of 8 weeks of world-class performances by the world's greatest classical musicians of the past, present and future.

In the final 2 weeks of the season performances live from the Royal Albert Hall will be available on BBC Four and streamed directly to iPlayer, as well as on Radio 3 and BBC Sounds.

The Proms kick off on BBC Radio 3 & BBC Four

The Proms on Radio 3 launches with a performance by the specially created BBC Grand Virtual Orchestra, comprising over 350 musicians from the BBC Orchestras and Choirs. They will perform a completely original arrangement of Beethoven’s 9 symphonies, created by Iain Farrington. Farrington describes his work as “taking Beethoven's music and putting it in a musical washing machine to see which colours run”.

BBC Four will broadcast archive concerts each Sunday throughout the festival. Highlights include:

Radio 3 will present six weeks of highlights from the Proms archive, featuring star soloists, orchestras and conductors. Highlights include:

From Friday 28 August, there will be a series of live performances from the Royal Albert Hall.

Each of the BBC Orchestras will perform live at the festival, and in long-standing Proms tradition, the BBC Symphony Orchestra will open and close the series culminating in a Last Night of the Proms. Led by the BBC SO’s Principal Guest Conductor, Dalia Stasevska, the 2020 Last Night of the Proms features violinist Lisa Batiashvili and soprano Golda Schultz.

Whilst it’s unlikely there will be an audience at the Royal Albert Hall, the live performances will be broadcast on BBC Radio 3, BBC Four and iPlayer.

This season the Proms ‘Time Capsule’ will be cracked open to relive some of the best moments of the past 125 years. 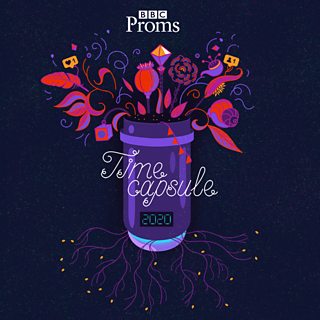 Audiences are asked to join in by sharing their favourite Proms moments or memories on social media by using #PromsTimeCapsule. Every weekday throughout the season Radio 3 Breakfast will reflect some of these moments live on-air. You may even see your own memory or moment shared on Proms social media or stored in our digital ‘Time Capsule’!

Keep an eye on Proms social feeds from next week for more details on how to join in.

For the first time primary-school-aged children can take part in special free activities built around selected Proms broadcasts and can upload their creative results to the Proms website. The activities have been created in partnership with eight organisations around the UK that work to change lives and bring music and the arts to children and young adults, including The Irene Taylor Trust, Literacy Pirates, Handprint, Heart n Soul and Mousetrap Theatre.