There are around 400,000 known species of beetle with new specimens being discovered every year. As this huge insect group grows, it seems entomologists have been competing to choose the most unexpected celebrities to name them after. Here are nine of the strangest...

This Argentinian rove beetle is so rare it was named twice. The first name comes from Charles Darwin (who collected the first specimen in 1832). The second is in honour of Radio 4 favourite David Sedaris, "as an appreciation for his fascination with the natural world."

This beetle earned its name from the actor, director and environmental campaigner Robert Redford. James B. (Ding) Johnson, the entomologist who discovered this species explains the reason behind the name: “It is Redford's continuing work to safeguard the wild legacy of the Rocky Mountains that makes this name a fitting tribute.”

This species of flightless weevil are found on Mount Bawang in the Indonesian province of West Kalimantan. Attenborough also has a ghost shrimp, a pygmy locust, a goblin spider, a rat eating plant and a dinosaur named after him (the Attenborosaurus Conybeari).

This extremely rare Puerto Rican beetle was named after the Argentinian revolutionary by Sergey Kazantsev, a research fellow with the Insect Centre, Moscow: “it was difficult not to notice that Che Guevara was popular among the islanders of all walks of life.”

This one is too good not to be included. Entomologists Kelly B. Miller and Quentin D. Wheeler named this slime-mold beetle after the Sith Lord for its “broad, shiny, helmet like head.” 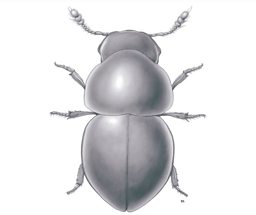 This is the official (and brilliant), explanation behind the name of this carabid beetle: “Her (Titanic) character did not go down with the ship, but we will not be able to say the same for this elegant canopy species, if all the rain forest is converted to pastures.”

Another carabid beetle and another great reason behind the name: "The existence of this species of elegant beetle is dependent upon the rainforest not undergoing an armageddon".

One of the most controversial names, this blind Slovenian cave beetle was discovered by the German collector Oscar Scheibel in 1937. The full name can be translated as ‘the eyeless one of Hitler’, which has resulted in the Anophthalmus hitleri being targeted by collectors of Hitler memorabilia. 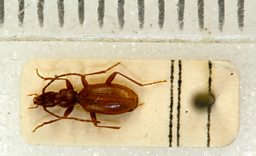 This Costa Rican carabid earned its moniker due to a striking resemblance to the Terminator, and former Governor of California, "in reference to the markedly developed (biceps-like) middle femora of the males of this species reminiscent of the actor's physique." 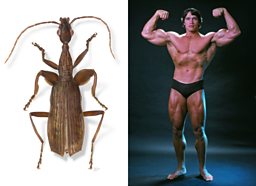