Could targeting networks in the brain help to alleviate the symptoms of PTSD?

Around 1 in 3 people who experience a serious trauma or an accumulation of trauma, whether it be a car accident, an assault or experiences in war, will go on to suffer from Post Traumatic Stress Disorder, or PTSD. This occurs because severe or prolonged trauma can interfere with the brain’s ability to function normally, disrupting normal important activities such as chemical reactions, communication networks, hormone interactions and the storing and processing of memories. 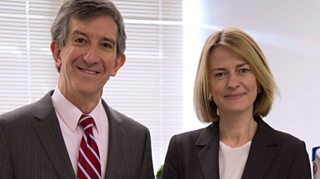 Important areas of the brain that are activated during the trauma, such as the amygdala which processes fear, seem to remain in a prolonged state of hyper-arousal. This leaves suffers with feelings of enhanced anxiety, agitation, heightened vigilance, and an inability to distinguish the past from the present which can lead to flashbacks and nightmares.

PTSD can be very hard to treat – the usual approaches are talking therapies and medication, but these don’t work for everyone and the drugs involved can cause side effects.

However, some new treatments being trialled at the University of California, Los Angeles, are taking a radically different approach. Here, Prof Andrew Leuchter and his team are treating PTSD with a technique called neuromodulation, which uses energy in specific ways to change the way the brain’s networks function. These treatments are targeted, non-invasive and largely devoid of side effects.

One of these neuromodulation treatments is called transcranial magnetic stimulation, or TMS, and uses electromagnetic pulses to create small currents in parts of the brain. The treatment is administered in 40 minute sessions. Patients sit in a chair, where a specially designed magnet is positioned over the affected part of the brain that is targeted with short repetitive bursts of energy.

This energy can be applied in different ways, either to help stimulate a part of the brain that is underactive or to quieten down an area that is overactive.

In PTSD, the parts of the brain that have been affected include the amygdala, which allows us to process fear, the anterior cingulate cortex, which determines how vigilant we are and the prefrontal cortex which regulates mood and anxiety.

Applying electromagnetic energy to the brain in a certain way seems to help reset these areas and reduce the hyper-arousal that is causing the symptoms of PTSD.

Another neuromodulation treatment being tested at UCLA is trigeminal nerve stimulation, or TNS. In this method, electrical stimulation is applied to a nerve called the trigeminal nerve which sits close under the skin in the forehead and runs directly into the brain. The treatment is so simple to administer that it can be done at home.

Patients put a patch on their forehead when they go to sleep, and the patch is linked to a device which delivers electrical stimulation into the deep brain areas via the trigeminal nerve. This can help to regulate the anxiety, mood problems and startle reflexes that so many PTSD sufferers have to live with.

This device is currently being tested in a trial funded by the US Army, which has recruited veterans suffering with PTSD to take part.

An earlier phase of this trial asked volunteers to wear the patch for 8 hours a night while they slept, every night for a period of 8 weeks. Before and after the study they completed questionnaires about their symptoms and the extent to which they were impacting upon their lives. They found that the severity of the participants’ PTSD symptoms dropped by an average of over 30%, and for a quarter of subjects, their symptoms actually went into remission.

It’s not only PTSD patients who can benefit from neuromodulation treatments. Already this approach is beginning to be used to treat chronic pain, obsessive compulsive disorder, depression and even tinnitus - ringing in the ears.