The role of testing in tackling the outbreak of Coronavirus has been crucial, as we have seen in countries like South Korea and Germany. In the UK, the establishment of mass testing has frequently posed more questions than it has answered.

How many tests are actually happening? What kinds of tests are being included in the official figures? How effective are the tests? Is Test and Trace working?

More or Less presenter Tim Harford and producer Kate Lamble have kept an eagle eye on the testing figures from the start. Like most statistics, there are many layers below the headlines. We answer some of the burning questions arising.

How does a Coronavirus test work?

It depends on the setting. If you get a home test or go to a drive-through testing centre you’ll get a swab test. It involves touching your tonsils with the swab without touching your gums, teeth or tongue. If that weren’t fiddly enough, then the end that has touched your tonsils has to be inserted into one of your nostrils to get the full sample. Yuck!

If you’re unlucky enough to be in hospital with suspected Covid-19, then you might get a test where a sample can be taken from lower down, in your lung.

Are the tests accurate?

The government always said that it would rather roll out accurate tests than rush out bad ones. But how good are the ones we’ve got?

Jessica Watson, a GP and doctorate research fellow at the University of Bristol, reckons that 70 out of every 100 positive cases are correctly picked up by tests. Factors affecting accuracy include where the tests are taken. A hospital test has a high pick-up rate because it is taken from lower down in the lung, while the nose or throat swab tests have a lower rate of detection.

Timing is crucial too. Three days after symptoms start is the optimum time, but even then, around 20 percent of people who have the virus could receive a negative result.

Tests are vital to confirm infection, but if someone has all the symptoms of Coronavirus yet a test comes back negative, Watson says, you have to apply Bayes Theorem of Probability – summed up by the phrase: "If it looks like a duck, swims like a duck, and quacks like a duck, then it probably is a duck.” 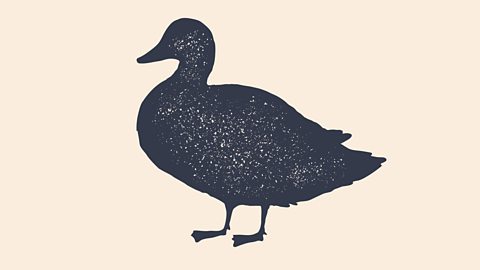 How a practical examination of Covid-19 symptoms can assist with variables in testing.

How many tests are being done?

At the time of writing, in late June, the government says there have been 8,309,929 tests completed. However, there’s a lot to factor into this question, one that has dominated Coronavirus coverage.

The problem of double-counting caused the Department for Health and Social Care to pause reporting the actual number of people tested.

The government had set a target of carrying out 100,000 tests a day by the end of April. On April 30 Health Secretary Matt Hancock announced that they had achieved the target, with a total of 122,347 tests. But closer scrutiny showed that for the first time the government had started to include home testing kits, not at the point where they were returned to laboratories to be processed, but when they were put in the post. That day they accounted for around 40,000 of the government’s figures. What’s more, you also have to factor in a large number of tests that have been double counted (where the same person is tested more than once), a growing amount of non-diagnostic tests used by the Office for National Statistics and various research universities, and recently antibody tests which are used to show whether someone has had the virus, not whether they currently do.

To see what impact all this makes, take the figure for May 15 of 136,486 tests carried out. Only 69,900 were diagnostic tests, and, given that the ratio of tests carried out to people tested was running at around 2 to 1 at the time due to "double-counting", it transpired that the actual figure for people we know were tested for diagnostic purposes was only 43,298.

What’s this double counting thing about?

Different types of tests carried out on the same person on the same day will be counted separately – a throat and nasal swab will count as one test and a saliva or sputum sample as a second test, for example. However, there are other reasons for the double-counting of tests. Several tests might be needed to confirm an infection in an individual who is hospitalised if the first test came back negative, especially if they were being moved to non-Covid ward.

Also, if a result is inconclusive, it may be that further tests are taken from the same patient and those will be counted separately too. Miscellaneous other reasons include tests arriving at the laboratory damaged and incorrectly taken swabs, which, given how swab tests are conducted (see above) seems easily done.

The problem of double-counting caused the Department for Health and Social Care (DHSC) to pause reporting the actual number of people tested from May 22nd. It has not yet re-started reporting on this number.

Should I get an antibody test?

Antibody tests were available quite early on in the Coronavirus crisis, and there are around 200 on the market now. They are quick and easy to make and can be rolled out without much regulation. Pharmaceutical giants Roche and Abbot are among the many companies who have put out tests claiming 100% accuracy.

I have never heard of an antibody test for anything being 100 percent accurate.
Prof. Jon Deeks

However, Jon Deeks, professor of biostatistics at the University of Birmingham, says that he has “never heard of an antibody test for anything being 100 percent accurate.” This is because, Deeks explains, people have different levels of antibodies, right down to those with undetectable levels. In the case of the claim that the Roche test was 100 percent accurate, he discovered that it was subsets of samples that were being taken into account.

In the Public Health England test of the Roche product the 100 percent claim only related to eight people who’d been tested more than 40 days after they had Covid-19 symptoms. There are a number of other examples where a pharmaceutical company claims of 100 percent accuracy only related to small subsets of data for people who had been tested a longer duration after their coronavirus infection. “Every trick that can be done seems to be being done,” says Professor Deeks.

Is Test and Trace up and running?

The government wants Test and Trace to be “world-beating”. But the virus tracking app which was meant to run alongside the other elements of Test and Trace was abandoned in mid-June (at a reported cost of £12m) because not all smartphones were compatible with it.

The most recent weekly statistics for the other parts of the government system show that 73 percent of those who tested positive for Covid-19 were spoken to and asked to self-isolate and provide details of those they have been in close contact with – leaving 24 percent of those we know have the disease, uncontacted.

But More or Less producer Kate Lamble pointed to another hole in the Test and Trace activity. In the week of 28 May – 3 June the government reported 13,417 positive tests for Covid-19 but during the same period only 8,117 people were referred to Test and Trace.

Around 800 of this difference are cases from Scotland, Wales and Northern Ireland which wouldn’t have been referred to the English tracing system. But the Department of Health told the show the rest of the difference was down to double-counting. In the House of Commons, Matt Hancock argued the majority of the difference reflected patients in hospital.

Double counting within the number of weekly positive cases would be significant because the Office for National Statistics estimate that there were 33,000 people in the community with Covid-19 during the first week of Test and Trace, and more in hospitals and care homes. “If we don’t find them [the other cases],” says Lamble, “even the best contact tracing system in the world won’t be able to follow up.”