How Club Penguin changed the internet

Picture the scene, it’s May 2008, MySpace is the number one social networking site in the world but not too far behind at number 8 is a social network that left an impactful legacy to this day: Club Penguin.

This virtual world of chatting penguins playing games was the biggest internet phenomenon of 2007. Brought out by Disney for $350 million, it was discontinued in 2017 but left behind a blueprint for child safety online. 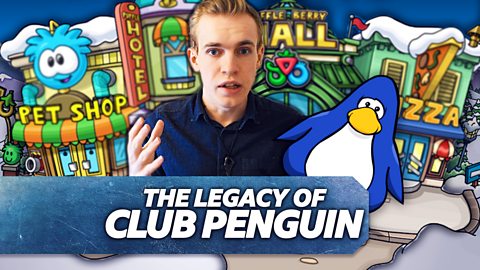 How Club Penguin Changed The Internet

It's a source of nostalgia for many but its legacy is a blueprint for online child safety.

To explain Club Penguin is to end up more confused at its popularity. The jist is, you’re a penguin, you have an igloo, you can talk to other penguins, and play some mini-games. The kids loved the constant, chaotic content.

“Yes, it’s a chat, but nobody is actually chatting. They’re too busy going ‘I’m off to a party!’ ‘I’ve got another item!’… everybody is just shouting, and nobody actually talks.” explained Lance Priebe, the co-founder of Club Penguin and CEO of Hyper Hippo.

This drip-fed chaos wasn’t just a way to make the game fun, but was also a tactic to pull kids away from potentially dangerous text chat, and towards just having fun. “Probably 50% of messages never went through the filter”, he admitted.

This, of course was to combat the ever-present danger kids faced online from abuse, scams, and predators. 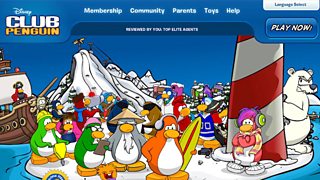 These topics often cycled the news which always saw parents up in arms and Priebe was determined to solve the problem. “Well, the kids aren't gonna go away, you can't block these things.” he explained. “They wanna play them. So how do you make it safe?”

Firstly, Club Penguin employed over a hundred paid moderators to sift through server islands searching for things like bad language or anything inappropriate. It also had an ‘Ultimate Chat Mode’, stripping free text chat completely and only allowing pre-selected dialogue options. Can’t get safer than that.

And secondly, they helped write some actual laws. Before Club Penguin, it was simply a chat service called ‘Penguin Chat’, and in those days there weren’t many laws behind safety for kids online. Then the Child Online Privacy Protection Act (COPPA) came into play.

“The Club Penguin team actually helped write the laws for COPPA.” Priebe said. “A lot of children didn't know where to ask for help about abuse or suicide or anything, so they'd actually just stand in empty rooms and shout it out. And then our moderation teams would detect it, figure out where they're from [...] we get a call a day or so later from the FBI saying, yeah, we visited the house, took them in the hospital. “

As the years passed, web browser games didn’t get the heat they used to. Games like Roblox, Minecraft and Fortnite were popular, and the mobile game market was booming. As Flash looked set to be discontinued, this endangered how Club Penguin operated and Disney shut the game down in 2017. But the players weren’t done…

The game's code was copied, and private servers made imposter sites. Club Penguin Rewritten and Club Penguin Online began, but this time without the moderation the game used to prize itself on.

That was the whole point of Club Penguin. Our philosophy was always 'they're gonna live online' so we need to teach them how to live online
Lance Priebe

Abusive language flooded the servers, along with sexual and grooming language. The two imposter sites went to war, user data was doxed, sites were DDoSed, and behind it all was a very unhappy Disney.

The situation drew attention to an ongoing discussion about how safe kids are online. Writing in The Atlantic in 2007, Caitlin Flanagan said: “It's certainly the safest way for unsupervised children to talk to potentially malevolent strangers - but why would you want them to do that in the first place?”.

On this question Lance Priebe said: “That was the whole point of Club Penguin. Our philosophy was always 'they're gonna live online'. 'We need to teach them how to live online' […] I always felt the scariest thing about Club Penguin was not Club Penguin. It was that a mother would put a 5, 6, 7 year old in front of a computer. […] The scariest thing is that address bar right at the top. You could just, go to the next website.”

So this safe but at times, chaotic, play area for kids, distracts and protects children from the great unknown of an internet address bar. In 2020, games have to create these safer spaces so they don’t become the danger kids should be protected from.

In short, Club Penguin’s legacy is these lasting lessons for developers, to help them create multiple levels of safe, restricted gameplay that’s purposely for kids and not “for everyone”, with kids caught in the crossfire.