Feeling green? Ten things you should mow about grass

Grass is all around us and always has been. It feeds us, colours our landscapes and gives us places to play. In Radio 4's Natural Histories, we hear how it's as fundamental to our survival as the air we breathe and the water we drink.

Here are ten things you might not know about grass:

Around 3.5m years ago, our ancestors seem to have changed their diet from eating exclusively fruits to include grasses. It’s thought this change could have been an important factor in their survival and evolution from hominids to humans. 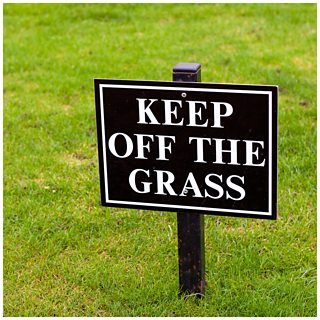 2. It allowed us to grow a bigger brain

In Africa, a million years ago, people began cooking grasses to eat. It’s believed this was a key factor in humans growing a larger brain because the cooked starch in seeds provided a huge hit of energy.

And in the space of a few thousand years there was around a tenfold increase in the world population of humans, largely fuelled by starch.

It’s thought seeds may have been first recognised as foods following wildfires. When toasted, the seeds smelled sweet which could have led people to try eating them. The original plants probably had very small grains and were selectively bred to increase seed sizes. As we moved from being hunter-gatherers to farmers, these seeds became a major food source.

3. It has a vital advantage in its struggle with trees

If you run your hand up a stem of grass you can feel a small bump – the intercalary meristem. As long as you cut higher than that, grass will grow back.

Grass used this advantage in its struggle with trees for dominance. By evolving to grow at their base instead of their tips, grasses can regrow quickly after damage by fire or grazing animals.

They range from a few millimetres tall to giants like Dendrocalamus giganteus - one of the largest bamboo species in the world. Its 30m stems are used for everything from water pipes to boat masts to parquet flooring.

5. Bamboo is the tallest type of grass

There are 1,500 different species of bamboo, occurring naturally in every continent except Europe and Antarctica.

6. Worcester College may have had the world’s first “keep off the grass” sign

In 1785, it was ordered that any member of Worcester College who walked on the grass in the “quadrant” would be charged half a crown. This represented the “first green shoots of a lawn-obsessed society”, according to Natural Histories presenter, Brett Westwood.

7. Wimbledon’s Centre Court is the most expensive lawn in the world

Like the players on the tennis Tour, the Wimbledon grass needs time to adjust to peak tournament readiness.

From March onwards, the emerald shoots get trimmed gradually from their luxuriant winter height of 13mm down to the optimum playing level of 8mm.

Every day during the tournament, the ground staff mow the courts and an independent turf consultant measures the surface’s hardness, its chlorophyll index and its live grass content. This determines the precise amount of water that gets sprayed on the grass at night.

8. Wembley Stadium’s “hallowed turf” loses 3% of its grass every match

Ground staff carefully monitor and control the temperature, moisture content and salinity of the Wembley soil in order to bring the grass back to its peak condition as quickly as possible after each game.

The pitch has under-soil heating to help maintain optimum conditions. Large fans (of the air circulating type) are used to dry the surface to limit the spread of disease. 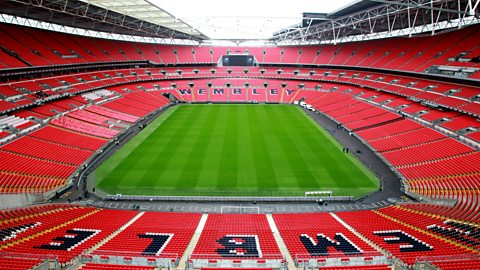 How is the Wembley pitch prepared for the FA Cup final?

Wembley's head groundsman Karl Standley on how he gets the surface ready for big games.

9. You can wear the smell of cut grass

Inhale the delightful smell of cut grass and what you’re smelling is a chemical compound called coumarin.

Coumarin is among the most popular ingredients in perfumes, being included in almost 90%. So you too can smell like a freshly mown village green!

10. Grains used to be worshipped

Demeter is the Greek goddess of corn, grain and the harvest. It was believed that she made the crops grow each year; thus the first loaf of bread made from the annual harvest was offered to her.

Humans evolved in the grasslands and the major food crops - all grasses - have made us what we are. 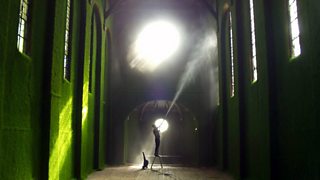 Thousands of years later it even gives suburban man an energy and a purpose through the summer.

In Natural Histories, Brett Westwood investigates our obsession with grass.