The football team, formed in the shadow of famine, that fought xenophobia and raised money for impoverished immigrants

The potato famine of the mid-1800s brought about great hardship for the people of Ireland. From a population of 8 million, 1 million died from effects of starvation and a further 1 million emigrated in search of a better life.

An estimated 13,000 Irish families settled in the Cowgate area of Edinburgh. Their arrival led to the creation of one Scotland’s oldest football teams: Hibernian Football Club. The club – known to football fans as Hibs – had charity at the very heart of its creation. 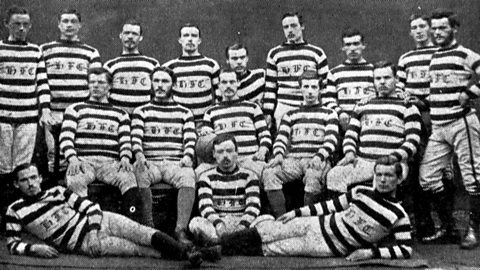 The history of Hibernian Football Club

Rev Richard Coles learns how one of Scotland’s oldest clubs was started by Irish migrants.

In 1875, local priest Canon Hannon set up Hibs to alleviate boredom among the highly-condensed population of young Irish men.

The persistence of Canon Hannon eventually paid off, however. On Christmas Day 1875, local soon-to-be-rivals Heart of Midlothian agreed to play a game against Hibs — a move which eventually led to Hibernian Football Club’s admission to the SFA.

Canon Hannon’s charitable gesture in starting up Hibs raised a lot of money for the impoverished Irish community in Edinburgh.

This early example of a football club both raising money for charity and providing outreach to immigrant communities is something that persists to this day. 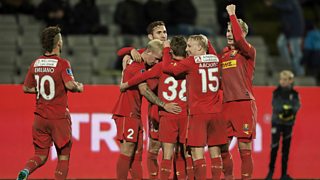 Danish side FC Nordsjælland became the first club to donate 1% of their match day revenues to charity.

More charity and outreach through football