The letters putting their stamp on the art world

In an age of emails, texts and instant messages many of us often only ever receive junk mail through our letterboxes. But a father and son team is encouraging people from all over the world to design envelopes and post them on, to become part of a collection of public works.

Mail Art was the brainchild of dad Kevin Gillen in the early 1970s. He has recently retired from teaching and working with son James they have worked towards creating an international following that sends them mail art that gets exhibited in galleries. 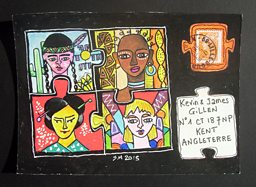 They held their first exhibition in March 2014 and a year later again invited artists to post their Mail Art which were exhibited in Folkestone's Creative Quarter this summer.

They receive artwork in the post from a host of countries, including Brazil, USA, Croatia, Turkey, India, Finland, Netherlands, UK and Japan. As well as the gallery exhibitions, all the work received is exhibited digitally on their online Facebook gallery.

They have received artwork from more than 150 artists worldwide for the event in 2015 and Kevin himself has created in excess of 425 Mail Art envelopes/postcards.

The ethos of the project is to continually build a community of artists worldwide, inclusive of all levels of artistic education. They hope to exhibit again in 2016 and are asking for new artworks to be sent to them.

By an artist from Brazil 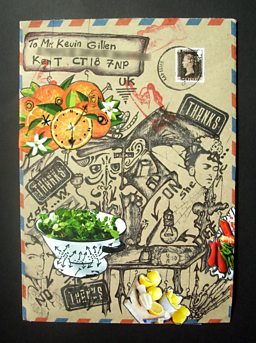 By Mohd Nidham from Scotland

By Pramod Patil from India 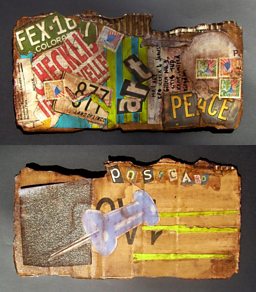 By Joseph Razook from USA 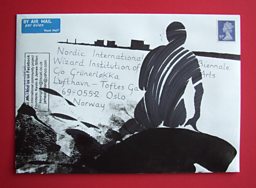 Jon Howe from the UK 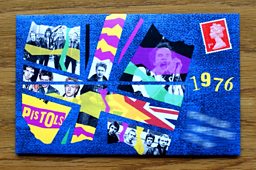 The exhibition in the Creative Quarter Folkestone

More visual arts on Get Creative