Since Jools Holland left school at 15 and joined Squeeze, he and his piano have been constantly on the road, touring with the Jools Holland Big Band and now his 19-piece Rhythm and Blues Orchestra. He also finds time to present a regular radio show and has made a record-breaking 55 series of Later… with Jools Holland – the longest running music show on television – chatting to and playing with everyone from David Bowie and Paul McCartney to Amy Winehouse and Jay-Z.

In conversation with Michael Berkeley, Jools revealed his musical – and other – Private Passions. 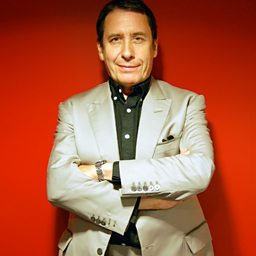 “I think the first music that I heard and really enjoyed or remember being aware of was when I was probably five years old. My parents were probably 25 and they lived with their friends, of a similar sort of age, in a rented house. They were quite Bohemian in their ways: my father was very keen on classical music and one of their friends would play Bach on the beaten-up piano. I remember thinking it was the most beautiful thing I'd heard and at the same time my mother could play a little bit of Blues and Boogie-woogie piano. Including the Beatles, all the ‘B’s were throwing themselves at me and all of that music has stayed with me. At the time I couldn't separate them in genre or time or anything but it opened my ears. So from that point on I've been a fan of all different sorts of music, and classical always played a special part.” 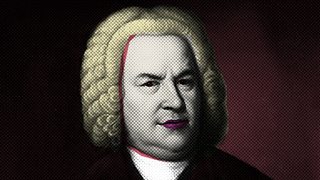 “I've listened to the preludes and fugues of Bach’s Well-Tempered Clavier played by lots of different people: Alfred Brendel, Glenn Gould – all sorts of men and women – everybody plays them beautifully, but different players illuminate certain ones of them and that's what I really love about it. Last year I went with some friends to see Bach’s house in Eisenach; it was fantastic to see the remote beginnings that he came from, and I like the fact that going there you realised he had to walk miles as an orphan child with his brother, across the forests of Thuringia, being menaced by wolves and bears and witches and goodness knows what but to follow his musical path.”

3. From Bach to improvisation

Jools chose a 1930s performance of a prelude from Book I of the Well-Tempered Clavier by Edwin Fischer followed by a 1970s one by the Austrian pianist Friedrich Gulda, introduced to him on vinyl by his dad, when he was 14…

“Gulda’s album was The Long Road to Freedom which included improvisations on jazz themes; he did very long version of Light My Fire and it really opened my eyes to what improvisation could be. I was hearing a lot of the popular music of the time but this was sort of ‘out there’. Gulda plays Bach in a much more closed style than Edwin Fischer – it’s a much more percussive style and if people are familiar with jazz pianists he plays it almost like a Thelonious Monk piece. He's much more sort of aggressive and punctuated with it; the technique is completely different which I haven't heard before or since. You know, they put the microphones inside the piano – there's no reverberation!”

4. How I started playing the piano

“I first started to play probably when I was around eight or nine years old – my grandmother had a piano in her front room, and I lived with her for a little bit; my uncle, who had learned Boogie-woogie piano from my mother was playing this music when I came in, and for me that was the best thing ever – the chaos of the universe became ordered and I said, show me how you do that, which he did, and then I just drove everybody mad playing that one piece over and over again and trying to sort of figure out what the next bit was; all in this little front room with a piano and it was a pianola so it had piano rolls – there were quite good rolls of people like Fats Waller which my grandmother would play; the piano had also survived a bombing raid and was all charred on the outside. But when you lifted the lid, inside the wood was lovely so it was quite a romantic thing: the piano was a special object.

“I was pretty much self-taught. I got sent to music lessons because they could hear I had a sort of a gift for playing by ear. I had a perfectly nice teacher called Miss Brown, but playing this Boogie-woogie music, and being able to muddle my way through maybe a pop tune that I hear on the radio and also trying to copy pieces of Bach, I actually wanted to play those. But we went straight back to the beginning age 10 and she was trying to get me to play the Dance of the Pixies and very slow things. I'm not slow, but these were uninspiring things and after a few weeks, I just didn’t want to play this music. I wanted to play what I was playing.

“I think in retrospect it would have been good to have someone who inspired me more but I was fortunate in that I had that later, at school. I was the only person to ask to do music and so I was then put with a middle-aged music teacher called Mr. Pixley who I think was delighted for the first time ever to have somebody who was interested in music and would listen to what he was saying.

"He showed me the theory of music and how to read a chord chart; we listened to classical music together as well; he opened my understanding of music a lot more and what he told me has been of great value ever since. There was a moment where I was in New York doing this television programme called Night Music with all these top New York musicians. It was a bit like Later… with Jools, but it was an American version and they handed me this thing which was a chord chart. Until then I thought I'd never really seen one before but after thinking, oh no!, I looked and I thought that's what Mr. Pixley showed me. So it all added up.”

At the age of 14, Jools’s father took him to Paris and inveigled him on stage at a cellar jazz club. Although Jools didn’t know it at the time, the band leader has impressed and told Jools’s dad that if his son wanted to do music he should let him, and that would be his life. After various misadventures at school (he stopped turning up), and with Squeeze now doing full-scale paid pub gigs, Jools knew that his future was decided and he dropped out of full-time education. He has never looked back. 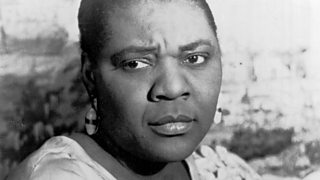 “The Empress of the Blues”, Bessie Smith.

“When I first toured with Squeeze in the 70s and 80s, we would go on tours of America that would sometimes last for two to two-and-a half months, and if you've got small children, that's a long time in their lives, which is one of the reasons I stopped doing that.

“Our touring now is much more two or three weeks here, or two-to-four days there. So it's genuinely a rather pleasurable experience and I'm a keen tourist – I go around the museums and the galleries, and interesting buildings and gardens. I've got the best job in the world.

“I think there's an Italian expression, ‘he who plays the piano stays sane’, although observing some pianist friends of mine, I'm not sure that's entirely true. But I do think that the piano is a friend and it's something you can turn to. Sometimes it's a battle with the piano – you never know who's going to win, you or the piano; and sometimes it's something that you could just turn to and just hit something and something will come out and you're never quite sure what's going to come back at you; it's a way I suppose of reflecting your emotions by hitting the keys, but that's part of it.

“Also because I love what I do, if I had too much wine and beer with my dinner I wouldn’t be able to do it the next day."

“And… like Rod Stewart I’ve got a model railway. I've come out about that. I’ve got the Eurostar so 25 feet of Europe with a German town, a Flemish port, and maybe 25 feet of immediate post-war London: I was explaining to somebody that a lot of it is bombed-out London because although it was quite a gloomy period, a lot of beautiful music and records were made. Music must have been more important than a lot of things. But it’s not just smashed-up buildings – I have a lovely model of Christ Church, Spitalfields and of St Clement Dane's."

Michael Berkeley asked Jools who, in history, he would most like to jam with?

“I think it would be Bach. I’d love him to play a few top lines and give me a chord chart and say, 'have a strum along to that'. Or Bessie Smith – I love her voice. I'd love to go back in time and accompany her. I think she's fantastic – like an opera singer.”